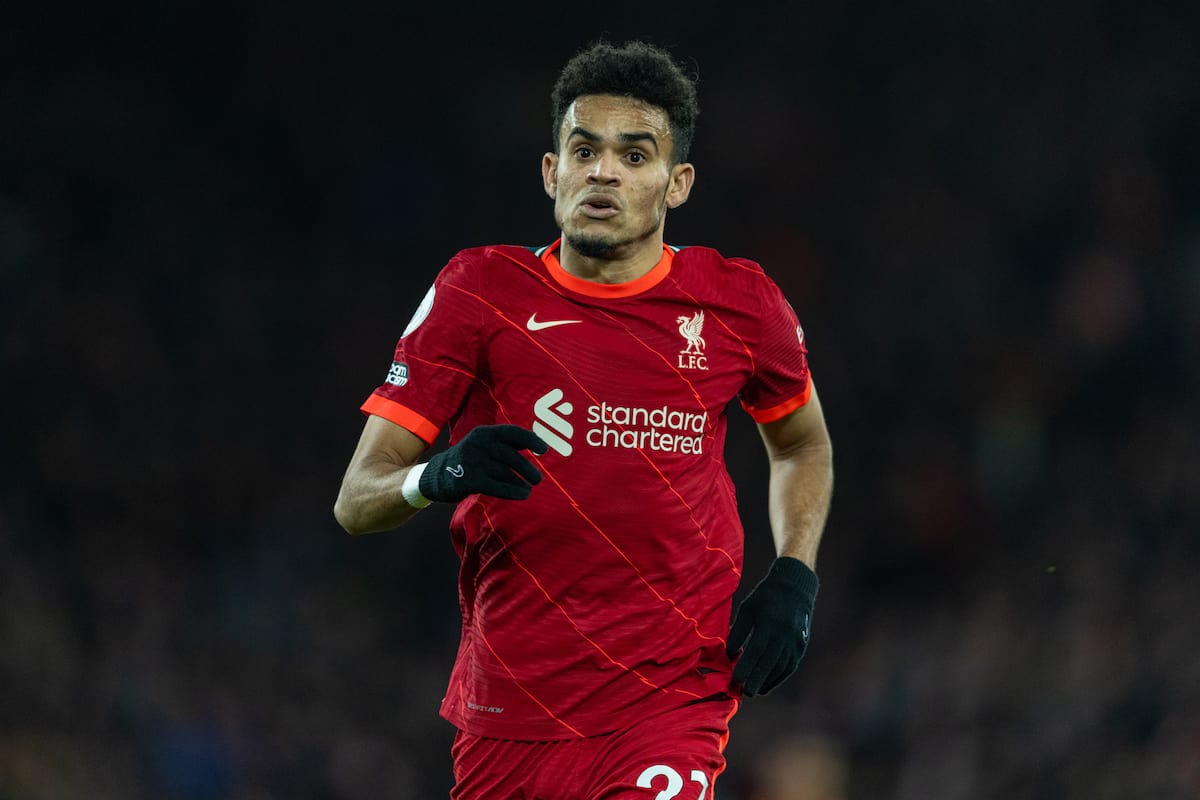 David Moyes has claimed that West Ham were “quite far down the line” towards signing Luis Diaz in January, only for Liverpool to land the winger in a £50 million deal.

Diaz has been a revelation since joining the Reds late in the January transfer window, settling in immediately and producing a fine run of form.

The Colombian has already featured in four of a possible five games, starting three, and scored his first goal for the club in the 3-1 victory over Norwich.

It was a surprise move for Liverpool, who had insisted they would have a quiet mid-season, and it came after interest in their priority summer target from elsewhere in the Premier League.

While it has been widely reported that the Reds gazumped Tottenham to a transfer, Moyes has now claimed that West Ham were also in talks over a deal with Porto.

“I spoke to Luis Diaz on the phone, we were quite far down the line to sign him from Porto,” he told reporters including Sky Sports.

“My understanding was that Liverpool planned to come in in the summer, so we thought we’d try and get him in January.

“I don’t know if that affected Liverpool’s decision, but he’s a really good player and we didn’t get him.”

Diaz is a player who seemed to be on the radar of most top clubs, and it is a testament to Liverpool’s pulling power that they were able to convince him to make the move to Anfield.

The calibre of sides elsewhere in the Premier League that had looked to bring the 25-year-old in – with Everton also unsuccessful in their pursuit last summer – suggests he was right to hold out for the Reds, however.

Now, he looks set to start the League Cup final as part of a new-look trio with Mohamed Salah and Sadio Mane up front, giving him a chance to lift a trophy within a month of signing.

And Diaz could play a pivotal role in Liverpool clinching more silverware between now and the end of the season, too, as a top-level addition to the pursuit of a Premier League, Champions League, FA Cup and League Cup quadruple.