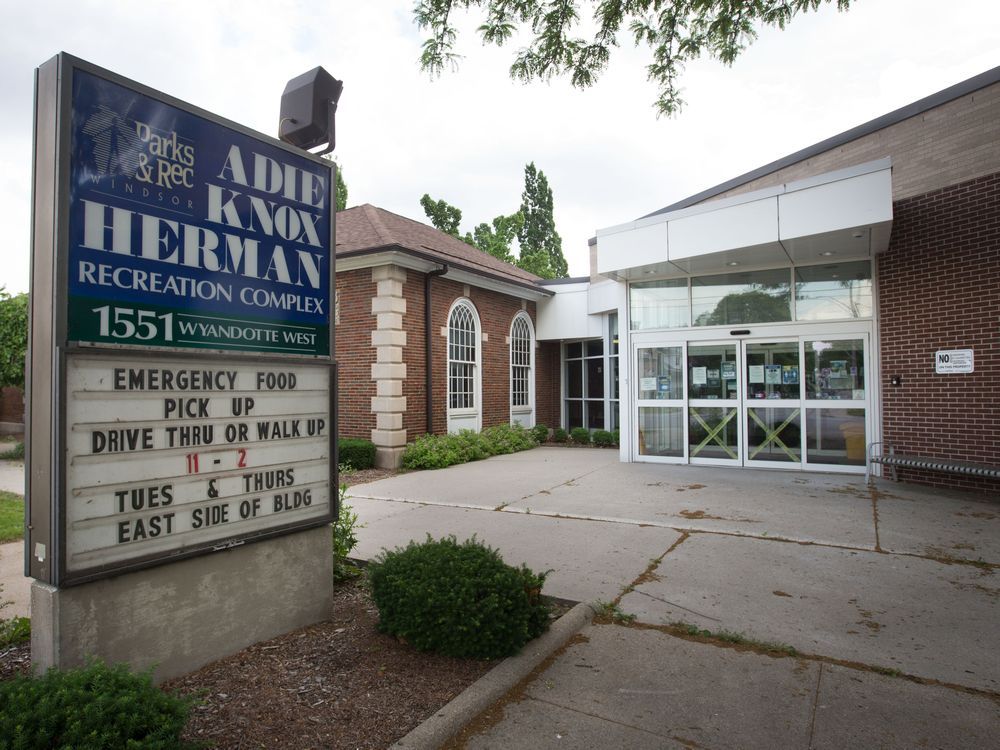 What would have been Windsor’s greenest building will now fall short of city emissions targets, despite a $29-million investment approved by council this week.

Having failed to secure a $13.5-milllion green grant from the federal government, the city will move ahead with a reimagined Adie Knox Herman Recreation Complex, minus environmental initiatives that would have satisfied its Community Energy Plan, while still meeting Ontario Building Code requirements.

The majority of council praised a plan to keep all of the community hub’s proposed programming components, despite having lost out on federal funding to other municipalities whose applications were for more desirable zero-emissions projects.

Ward 2 Coun. Fabio Costante, in whose ward Adie Knox sits, said there has been a void in the west end since the closure of the College Avenue Community Centre in 2011. He called the proposal for which council on Monday earmarked funding “critical infrastructure” that will benefit all members of the community.

“This is a multi-generational investment,” Costante said. “I can’t recall the last time there was an investment this size in a neighbourhood community centre in our city.”

After thanking the handful of delegates who once again spoke out against the closure of the 52-year-old Adie Knox pool, Costante said he believes the decision “moves us forward as a community.” Noting the services at Adie Knox and the new pool available to the community at the University of Windsor’s Toldo Lancer Centre, “I would say is a net positive for our community.”

City council previously green-lit $20 million for the Adie Knox project. Of that, about $1.07 million covered the construction of a playground and splash pad at Wilson Park, as well as the asphalt walkway connecting them to the existing parking lot off McEwan Avenue. Work on those components started the first week of June and is expected to finish later this summer.

The first official phase of the Adie Knox redesign will use the remaining $18.93 million for a new gymnasium, multi-purpose rooms, an outdoor basketball court, two outdoor tennis courts that can also be used for pickleball, and an outdoor walking trail. That funding will also cover arena and building upgrades, a new parking area, electric vehicle charging spaces, an outdoor shade structure, and the replacement of an existing HVAC water tower.

At a cost of $9 million more, council on Monday voted to go ahead with additional items required to apply for Green and Inclusive Community Building grant funding but no longer necessary since the grant was denied. Those items include a fitness centre, a music room, an indoor walking track, additional washrooms, a family hangout area, and more.

Where funding for those add-ons or Phase 2 items would come from was a point of contention during this week’s meeting. Had the project been approved for the federal grant, council previously agreed to pull $9 million from the University Avenue and Victoria Avenue project fund to satisfy the grant’s requirements. Ultimately, council decided to do just that and include the streetscape project in 2023 budget deliberations.

Ward 10 Coun. Jim Morrison, who supported the money move, said the University Avenue project is “not going away” and can be dealt with in the future.

“This is the time now to get what we want to do at Adie Knox done,” Morrison said. “It’s right on the table in front of us staring us right in the eye. Let’s add those things.”

Ward 3 Coun. Rino Bortolin disagreed. He opposed a motion put forth by Costante to allocate the $9 million from the University Avenue project and go ahead with the Adie Knox reimagining as proposed with a few extras, citing issues with the years-long process to get to this point.

Giving a brief recent history lesson, Bortolin reminded his counterparts of the “many twists and turns” taken with Adie Knox in the last decade-plus, including council’s commitment years ago to keep the pool there open, and plans to repurpose the pool at Water World that were never realized. He also took issue with the current project being considered a “phased” one, when items in both phases will almost certainly be planned and executed simultaneously.

“At the end of the day, this is not a once-in-a-lifetime opportunity. We’re doing this as a choice,” Bortolin said. “This neighbourhood deserves everything that’s coming to them in this community centre, plus a pool — that’s the problem here. We are conveniently omitting it every time we’re talking about how proud we are of this investment.”

Continuing his impassioned speech, Bortolin went on to scoff at the project for failing to meet city climate targets while community members and developers are expected to reach those goals.

Ward 4 Coun. Chris Holt said he doesn’t believe the city has “met the community consultation standards” it established for itself. He also opposed the motion.

“Time and again, we’ve heard from the residents about just how much this pool means. We haven’t even tried to make that right for them,” Holt said.

Ward 1 Coun. Fred Francis also opposed the motion, saying that if council was going to push items to budget time three months ahead of a municipal election, those elected this fall should have the final say.

The motion passed eight to three.

Next steps for the project will be public consultations, and then engaging a consultant to create details designs. Commissioner of community services Ray Mensour said the city hopes to put the project out to tender by early next year.