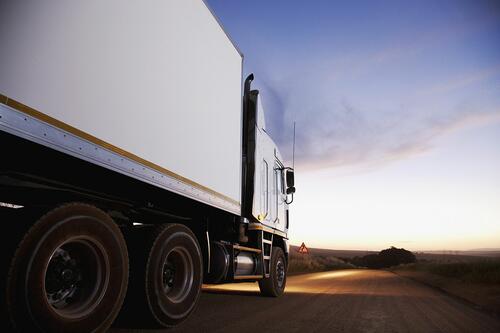 The Tyre Importers Association of South Africa (TIASA), is warning that the cost of tyres could increase by up to 41% if the four large domestic tyre producers, Continental, Bridgestone, Goodyear, and Sumitomo – collectively known as the SA Tyre Manufacturers Conference (SATMC) – are successful in their duty application.

TIASA is opposing SATMC’s application to the International Trade Administration Commission (ITAC) to impose additional duties of between 8 and 69% on passenger, taxi, bus and truck vehicle tyres imported from China.

The imposition of duties is expected to have a material impact on the price of tyres, not only for passenger vehicles, but also for trucks and for the vast network of taxis and buses that transport citizens across the length and breadth of the country daily.  Tyres are the third biggest cost driver in transport, after wages and fuel.

If the application is successful, the taxi industry will be hit hardest, with the cost of taxi tyres set to increase by 41%.  Consumers will also be hit hard, with small passenger vehicle tyres expected to increase by 38-40%; and truck and bus tyres by an average of 17%.

Charl de Villiers, Chairperson of TIASA believes that SATMC’s application for duties is absurd, given that of the almost 3200 tyre products sold in South Africa, the applicants, according to their own price lists, collectively import 80% of the variety of tyres that they sell.

“The sad reality is that while this application makes no sense at all, it will, if successful, add a significant cost burden to motorists, taxi and bus operators and trucking and logistics companies.  Even more concerning is that vehicle owners, when faced with such dramatic cost increases, may trade down to second hand or illicit tyres, or simply delay replacing their tyres, which places every road user at greater risk of accidents.”

“Continental and Goodyear import 100% of their bus and truck tyres, so they would essentially be asking for duties against themselves.  What is even more bizarre is that Goodyear China has opposed Goodyear South Africa’s application. If new duties are imposed against Chinese imports, two things will happen: the first is that those importing tyres will shift imports to other, possibly more expensive markets, increasing the price of tyres, and, secondly, what naturally follows the imposition of additional duties is that domestic producers and retailers will raise the local prices to meet the imported cost.  Great for profits, but very bad for consumers.”

SATMC’s four members were recently subject to a Competition Commission price-fixing investigation, with the Commission finding that the four companies had a collusive relationship from 1999 until at least 2007. While Bridgestone applied for and was granted leniency in 2009, and Dunlop has settled, Goodyear and Continental still face final adjudication of the matter in front of the Competition Tribunal.

De Villiers says: “Rising inflation is putting South African consumers and motorists under extreme financial pressure.  The consensus is that there appears to be little light at the end of the tunnel.   The bottom line is that South Africa – and South African motorists and those operating in the trucking, taxi, and mass transport sectors – can ill-afford any interventions which may further drive up road freight or transport costs, which are key drivers of inflation.”

In its April report, Stats SA said that transport continues to drive inflation higher. Transport costs are continuing to climb, with the main driver being the surging price of fuel. The price of fuel was R14.86 in January 2021, and is now a staggering R26.74 (inland) per litre.

Spokesperson for the National Taxi Alliance, Theo Malele, says its message to Government is that they should be looking at every way possible to arrest the surging cost of transport.

“We already estimate that taxi fares need to rise by up to 30% due to rampant petrol price increases. If tyres go up by 41%, it will have a devastating impact on our sector, and on commuters who rely on us to transport them to and from work.  Government must intervene as a matter of urgency to reject SATMC’s application for these duties immediately,” says Malele.

According to the June 2022 report from the Pietermaritzburg Economic Justice and Dignity Group (PMBEJD), someone working 21 days a month spends 34,5% of total wages on transport, whereas for someone working 15 days a month, transport accounts for 55,25% of their wages.*

Gavin Kelly, CEO of the Road Freight Association (RFA), says: “Based on the projected 17% increase in the landed cost of truck tyres – we estimate that this will translate into an 6% increase to operators. This is AFTER the projected increases being touted for August 2022.

He says: “Transport companies already cannot afford the ever-rising operating and fuel costs, and so an increase in the cost of tyres could become the final nail in the coffin for many operators, leading to a collapse in the country’s critical road freight logistics sector.”

Tyres are a huge cost factor for road transporters in South Africa, and any increase in costs upstream, will ultimately filter down to consumers, as most operators will be unable to absorb the full cost increases. This will have a knock on effect, as over 80% of SA’s food, medicines, fuel and many other goods are transported by road, so rising costs have an impact on every single item transported to, and across South Africa. The shift from road to rail has seriously stalled over the past 18 months, as the country’s rail infrastructure has been vandalised, operating ability has deteriorated and the available rail network has shrunk.

Kelly added: “We are also deeply concerned about the implications for road safety. Tyres are critical to the safety of vehicles, and any rise in the costs of tyres will force some operators to trade down to inferior quality tyres, or to try and push the “life” of the tyres to the bitter end – raising the risk for everyone on our roads.”