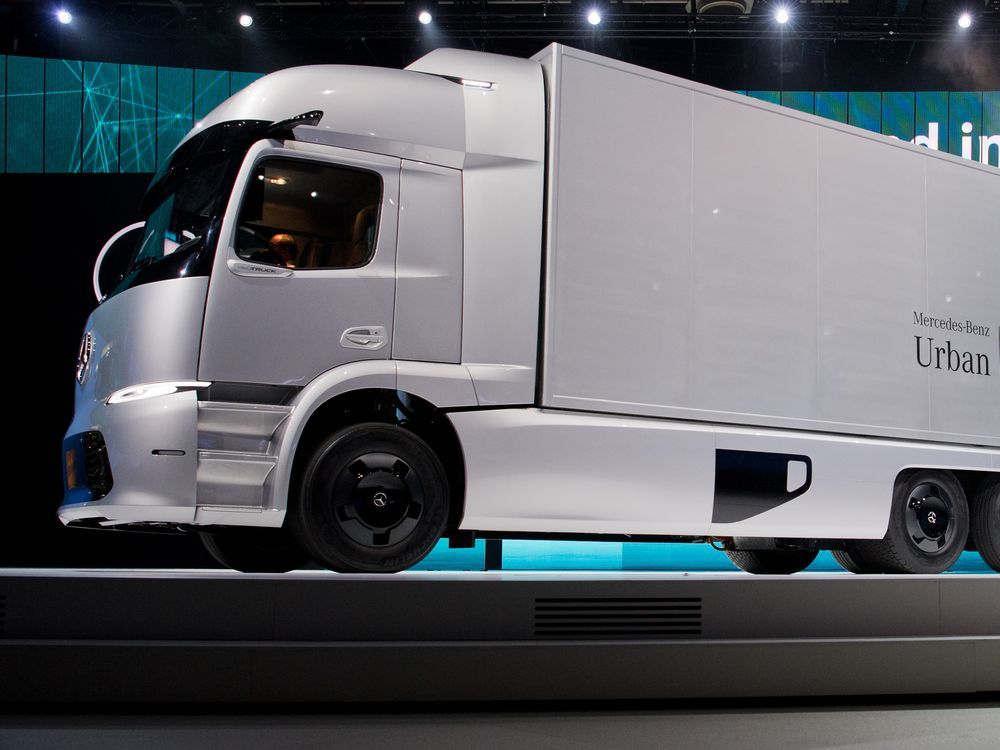 Courier firm Purolator didn’t have a lot of company when it put five electric-powered delivery vans on the road in Metro Vancouver a year ago to test how they would work in real life, but it was a move that had a feeling of inevitability to it.

“We know we’re in a business that we need to do better and we need to sort of embrace the future,” said Paul Merrick, Purolator’s general manager for Western Canada.

Initially it was just five panel vans added to about 315 hybrids in Purolator’s nationwide fleet of 4,000 pickup and delivery vehicles, but Merrick said the introduction of those first vehicles has worked well enough that the company is looking to buy 100 more.

It puts Purolator a couple of small steps along the path of the B.C. government’s goal of adopting more zero-emission vehicles as a key means for reducing greenhouse-gas emissions. But things are moving slowly on the commercial side. Zero-emission vehicles accounted for 13 per cent of new light-duty vehicle sales in the province last year, Bruce Ralston, B.C.’s minister of Energy, Mines and Low-Carbon Innovation, said Friday.

That gives the province “the highest reported uptake rate of ZEVs in North America,” Ralston said.

But ICBC recorded just 812 licensed EV commercial vehicles in a total fleet of 854,610 vehicles in 2020, the last year for which they have complete statistics, compared with 40,074 of 2.5 million private vehicles.

Transit buses, such as TransLink’s electric trolleys, comprised the single biggest group of commercial vehicles at 244, but the number also includes low-speed utility vehicles such as yard trucks, forklifts and ice-surfacers.

Light- and medium-duty vehicles such as pickups, crew cabs and vans accounted for just 74 with a handful of other buses, limousines and taxis, but it will only be a matter of time, according to UBC Okanagan expert Gordon Lovegrove.

Range remains the biggest practical limitation of wider EV adoption for commercial transportation, Lovegrove said, and it isn’t a mere anxiety. Commercial vehicles often have “duty cycles” that stretch longer than 400 kilometres, Lovegrove said, so building out infrastructure to support that is one of the challenges.

Vehicles, such as buses, “aren’t going to stop mid-route and charge a battery,” Lovegrove said, but for applications with shorter duty cycles, EV use is more practical.

Merrick said that in Vancouver Purolator did focus on high-density urban routes for its initial vans, such as downtown and YVR routes, but those kinds of routes “are 80, 85-per-cent of our vehicles.”

However, governments have also poured millions of research dollars into advancing battery-powered transit buses and hydrogen-fuel-cell systems to extend the range of battery-powered heavy duty trucks, Lovegrove said, so he sees the jump to wider commercial application as “imminent.”

“I’m the eternal optimist that this is all going to happen,” Lovegrove said, especially with governments building mandates around zero-emission adoption.

The province’s Clean B.C. emissions reduction plan counts on rapid EV adoption to meet its targets. It contemplates that changes in the transportation sector, switching over to zero-emission vehicles and reductions in kilometres travelled by individual vehicles, will curb some 4.9 million tonnes per year of carbon emissions.

However, B.C. has also launched programs to boost adoption of commercial zero-emission vehicles, such as its go-electric commercial pilot program and an incentive for special-use vehicles.

Wong said some customers are looking to cash in on a federal incentive program for electrifying mine equipment, “as well as offset the carbon tax that they pay on diesel horsepower.”