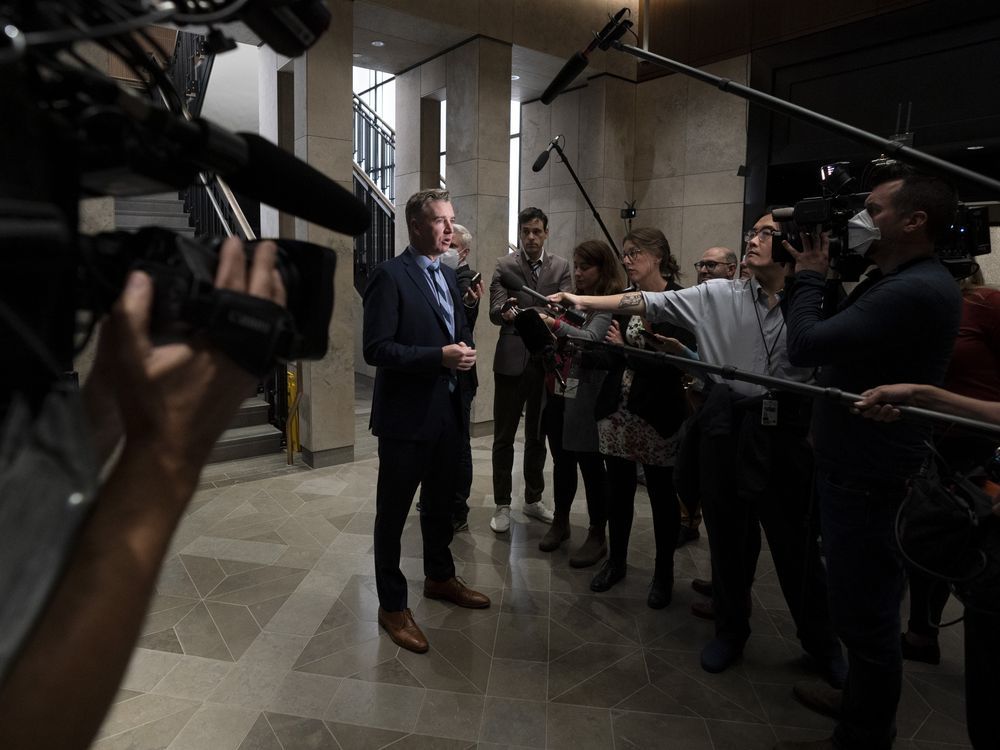 OTTAWA — The federal Conservatives opened the door on Wednesday to supporting part of the Liberal government’s affordability plan in one of their first moves with Pierre Poilievre as the new party leader.

Tory MPs used their first caucus meeting since Parliament resumed sitting this week to discuss the proposal, which includes the first phase of a dental-care plan and the temporary doubling of GST credits.

The Liberal government tabled two bills on Tuesday that would put about $4.5 billion towards measures to help Canadians deal with the rising costs associated with inflation.

At first blush last week, Poilievre slammed the affordability package as nothing more than reckless government spending, which could risk worsening inflation — a criticism the Liberals rejected as false, saying the measures are targeted to help those who are most in need and don’t have savings to dip into to guard against cost increases.

But emerging from Wednesday’s caucus meeting, Conservative MP Michael Barrett said the party may support the bill promising to double GST credits, though it won’t support the legislation to create a new dental benefit for children in low-income households.

Barrett says that while Tories don’t believe the GST policy is the best way to help families struggling with the cost of living, they recognize it is still one way to do so.

“We have been calling for the government to offer Canadians real tax relief and if this is what it looks like when the prime minister is starting to pay attention to the affordability crisis, we’ll take it up in the (House of Commons) and may support it.”

The government has said doubling GST rebates temporarily could mean a family of four would receive close to an extra $500 this fall and that 11 million households would benefit.

No matter which way the Conservatives decide to vote, the affordability bills are destined to pass, thanks to the federal New Democrats.

The Trudeau government struck a deal with Jagmeet Singh’s NDP earlier this year that would see the party support the minority Liberals in exchange for advancing certain priorities of theirs, including dental care.

The NDP has also pushed the Liberals to double GST rebates.

Under the proposed dental-care bill, households with an annual income of less than $90,000 would qualify to receive $650 per child under 12 to cover dental-care costs.

The Canada Revenue Agency has said parents will be expected to keep the receipts from their kids’ dental-care expenses. The government, however, has signalled it won’t go after families who don’t spend every single cent on their children’s teeth.

Barrett said sending $650 to families is not a dental-care plan and the measure would infringe on the jurisdiction of provinces, which deliver health care.

Conservatives believe cutting taxes would be the best way to respond to the financial crunch Canadians find themselves under thanks to the country’s inflation rate and high food costs.

Poilievre has charged that Trudeau’s government should not only scrap the national carbon price that consumers pay on goods like gas, but also cancel planned increases to mandatory payroll deductions for the Canada Pension Plan and employment insurance premiums.

Speaking to reporters on Wednesday, Finance Minister Chrystia Freeland said that plan wouldn’t save Canadians much.

“We’ve done some calculations,” she said. “The Conservative proposal on freezing EI premiums would mean that you and I don’t have to pay $31 a year. That’s it.”