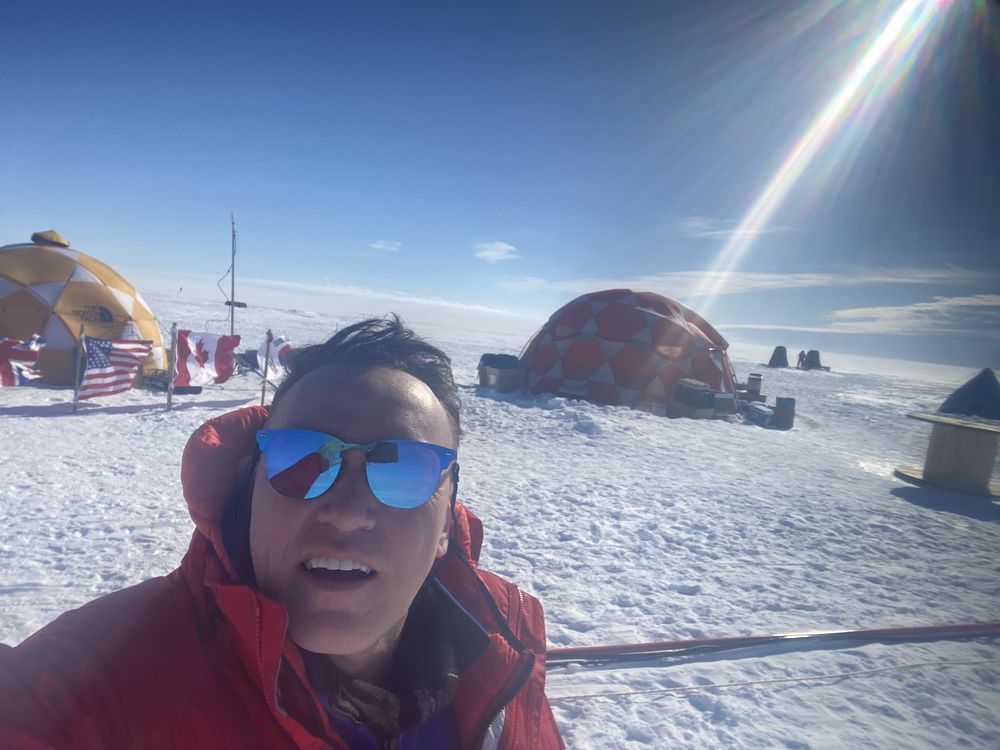 The expected collapse of the “doomsday” Thwaites glacier in Antarctica has caught the world’s attention, including politicians here at home.

Metro Vancouver officials set up a conversation this week with Canadian climate scientist David Holland to find out more about what the implications are for the region when this glacier cracks up.

Postmedia spoke to him last week about how the expedition in Antarctica to drill into the Thwaites glacier had been put off but instead they were gathering vital information from a nearby glacier called the Dotson shelf, about 140 kilometres west of Thwaites.

This week, he told Metro Vancouver that what they found was the water underneath the ice sheet is 3 C above the freezing point, which has frightening implications for how fast the glacier is melting.

“This is absolutely massive. So this ice sheet that I’m standing on is melting from the bottom and is melting in some places by 100 metres per year, which is an enormous number. It’s the largest melt anywhere on Earth,” said Holland, who is also a professor of mathematics and atmosphere/ocean science at New York University.

“This is why this has garnered worldwide attention.”

Holland is part of an international team on two research icebreakers sent to the Antarctic about two months to figure out how fast the widest ice shelf on Earth is breaking apart. Cracks in the glacier have raised the alarm that it could collapse sooner than expected, causing a sea level rise of two feet.

They were unable to get at Thwaites because of gathering sea ice, however the data from drilling 500 metres below the Dotson shelf has provided insight into how warm the water is under the glaciers.

“On this little tiny planet we live on if you change the air temperature you change wind, and if you muck about with ocean currents and if they run into big ice sheets you’re toast.”

Adriane Carr, chair of Metro Vancouver’s climate committee, said it’s essential to hear from climate scientists such as Holland to help people realize that “we absolutely have to be successful” in taking dramatic action to address the existential threat of climate change.

“I certainly came away with — and I think everybody did — that the ice is melting faster than any of us would like to see,” said Carr. She said this latest research in the Antarctic isn’t included in the UN’s Intergovernmental Panel on Climate Change’s prediction of a sea level rise of one metre by 2100, which means it could be much higher than policy-makers are anticipating in their climate action plans.

Carr said they are ramping up efforts at Metro Vancouver to meet CO2 reductions by 45 per cent by 2030 but added that it is going to take a massive collaborative effort among municipalities.

“It’s not going to be easy, but you know, what David Holland said was, ‘the real message is don’t take your foot off the pedal,’” she said.

Carr said the biggest challenges they face in the region are transportation, such as how to get trucking businesses off fossil fuels, and retrofitting older buildings. She said “absolutely” municipalities must stop using natural gas in new buildings.

In the city of Vancouver, for example, 58 per cent of carbon emissions are from buildings because of the use of gas, said Carr.

The Thwaites glacier traps enormous volumes of water that scientists predict would cause catastrophic global sea-level rise if it breaks apart into the ocean. At 192,000 square kilometres, Thwaites is the size of countries such as Portugal or Hungary — or the state of Florida, which incidentally scientists say will be partly submerged if the glacier melts.

Holland said the Thwaites could break up within five years but scientists are still trying to figure out what will happen to the sea level once it does because it acts as a cork to Antarctica’s ice.

“We are some distance away from having a smartphone app that tells us when the sea is going to rise,” said Holland. “But for now we can just say there are some interesting signs of change happening here, the biggest change on Earth.”