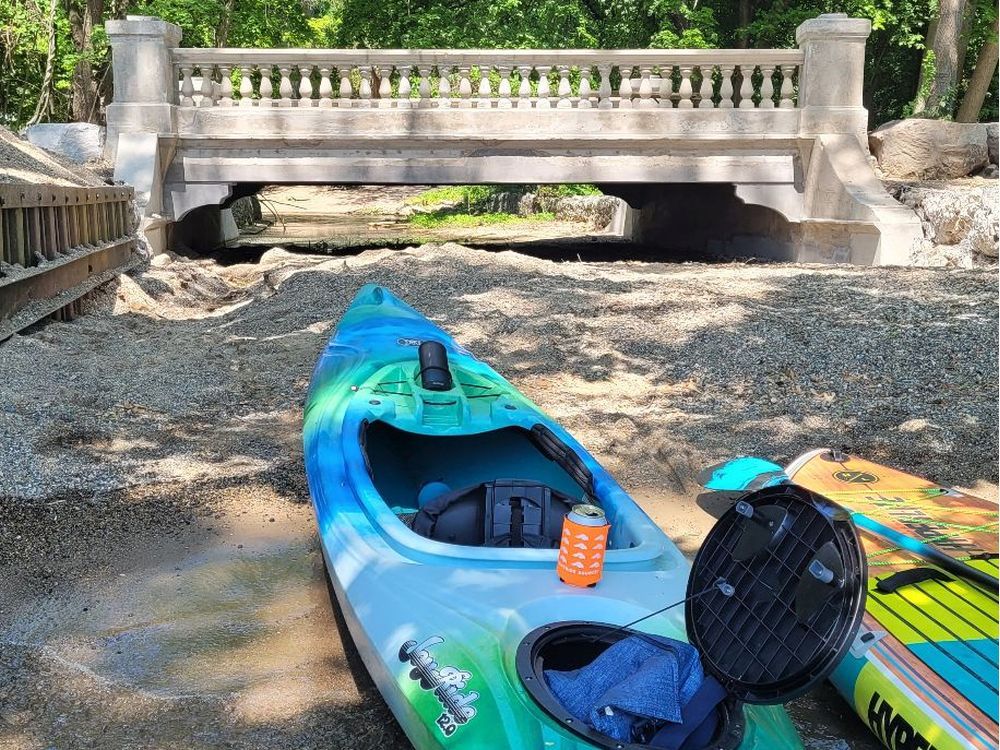 Riverside resident Sean Hartigan has spent many evenings paddling to Peche Island to relax and enjoy a picnic supper but this year serenity has been illusive due to swampy, bug-infested conditions on the island.

“I go out just after work just to get some exercise in the summertime,” said Hartigan, a 46-year-old lineman for Cogeco.

“My daughter (Maggie, 13) loves it there so we go, we’ll just grab food for a picnic and we’ll go over for the evening and swim and hang out, which is what a lot of families do.

“But now nobody’s going to be able to do that.”

Hartigan said the water in the small lake or lagoon in the centre of the 86-acre island has become stagnant because of a build-up of sediment in the canal that leads to open waters.

“All that sediment has built up a couple feet above the water line, just blocking the water flow through the island, which has now made the inside of the island just a bug-infested cesspool,” he said, questioning whether work done last year on the city-owned island’s historic bridge contributed to the situation.

James Chacko, senior manager of parks, said the city has received “some feedback and complaints” recently about conditions on the island, which was acquired from the Province of Ontario in 1999.

It was once owned by Hiram Walker who used it as a summer escape and housed a stable, large home, greenhouse and icehouse.

Chacko explained that restoration work on the island’s stone bridge was completed in early December 2021.

“At that point all of the materials that we had, because we were blocking the flow of water, that was all done … under the regulation of ERCA (Essex Region Conservation Authority), under DFO (Fisheries and Oceans Canada), with our own internal staff (and) our naturalist being involved,” Chacko said.

“Everything that was put in (the water) was all bagged material — whether it was sand bags in a very heavy industrial material or … stones. All of it was removed. We have that all fully documented.”

He said water was flowing freely in the canal at that time but since then sediment has pushed up from within the Detroit River or Lake St. Clair.

“The canal that goes under the bridge and feeds the little internal lagoon or lake is now where material has collected, not only in the canal itself but a substantial portion has also washed up onto the shoreline,” Chacko said.

The city is working with an engineering consultant and representatives from Essex Region Conservation Authority to see what can be done to rectify the situation “other than waiting for Mother Nature herself to sort of take care of this.”

“I don’t know if the current has shifted or something else has occurred.”

He said typically water levels drop in the canal in the wintertime.

“This time of year it doesn’t happen as often but it has happened at least twice in the last 10 years,” he said. “And in both of those cases it did naturally correct itself but we are trying to work to see if there is something that can be done in short order to allow us to say, remove that sediment.”

But the question remains whether the sediment would simply return until “whatever natural cycle that’s occurring corrects itself.”

Chacko said the situation is further complicated because fish are spawning at this time of the year and steps are required to mitigate any danger to species at risk that live in and around the shoreline waters.

“It’s not something as simple as going out there with a shovel and start shovelling away. Or bringing an excavator in on a barge to just pull all that out,” he said.

The naturalized park has walking trails, picnic tables and washroom facilities and can only be accessed by boat.

The city purchased a pontoon boat to provide shuttle service from Lakeview Marina to the island. Service was cancelled due to the pandemic but is expected to resume early in July and run until at least Labour Day.

“Certainly it’s a nice way for people to get over to the island who don’t have access to a boat or a canoe or other means of getting over there,” he said.

City officials are also looking for ways to reduce the overabundance of bugs and mosquitoes that are making visitors miserable.

“We’re hopeful … that we can maybe take a look at what the water situation is in the internal lake or lagoon system to see what’s going on there,” he said.

“And if there’s a concern something has to be done or if there’s some other way of providing some measure of agitation to the water to help create some movement or is it just because it’s been hot and there isn’t a lot of wind.”