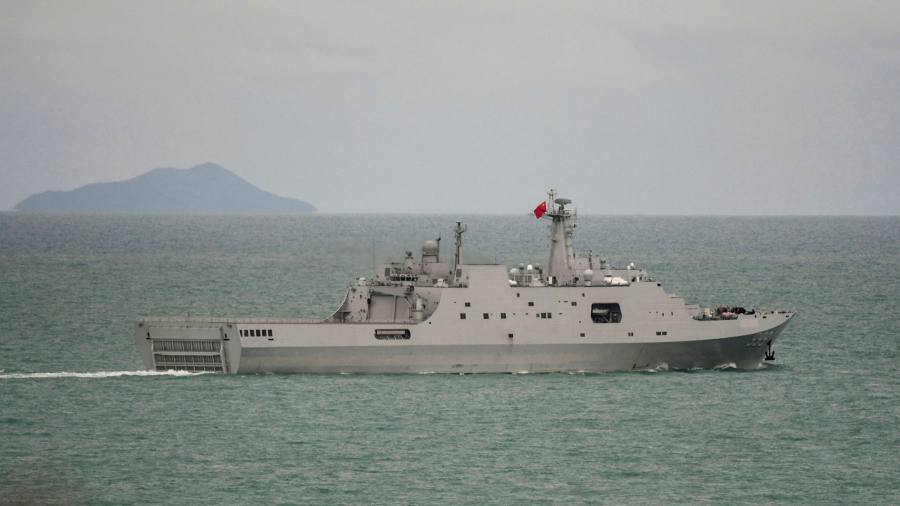 Canberra has accused Beijing of an unprovoked “act of intimidation” after the Chinese navy aimed a laser at an Australian surveillance plane off the north coast of the country.

The Australian Defence Force said on Saturday that the use of the laser by a People’s Liberation Army naval vessel on Thursday, which illuminated the military aircraft in the Arafura Sea off the coast of the Northern Territory, could have endangered the lives of the personnel on board. The plane was flying in Australia’s exclusive economic zone.

“Such actions are not in keeping with the standards we expect of professional militaries,” the ADF said.

Scott Morrison, the Australian prime minister, said on Sunday: “I can see it no other way than an act of intimidation, one that was unprovoked, unwarranted and Australia will never accept such acts of intimidation.”

The incident is the latest to inflame tensions between Australia and China. Morrison said that it justified Canberra’s decision to forge stronger Indo-Pacific security partnerships such as the Aukus submarine pact with the US and UK, and the Quad grouping, which comprises Australia, Japan, the US and India. The encounter coincides with a more concerted effort by Washington and its allies to resist China’s growing influence in the Pacific.

Rory Medcalf, head of the national security colleague at the Australian National University, said that the use of the laser by the Chinese navy was part of a larger pattern of their reckless behaviour across the region.

“This is shocking but not surprising,” Medcalf said. “What is most significant is that it occurred against an Australian plane very close to the coastline. There is no way to characterise this as remotely defensive,” he said.

Euan Graham, a senior fellow for Asia-Pacific Security at the International Institute for Strategic Studies in Singapore, said the Chinese ship was probably using a rangefinder attached to an on-board weapons system rather than a dedicated laser weapon.

“This kind of behaviour is not in China’s interest because it draws additional ire from Australia in an already tense relationship,” he said. “The additional significance of this is that it is indicative of a more robust [PLA] presence in the South Pacific.”

China has not commented on the incident. An official at the Chinese defence ministry spokesperson’s office did not answer the phone on Sunday.

The encounter took place while much of the rest of the world was focused on the crisis in Ukraine, where Russia has massed troops on the border.

Incidents involving lasers have been on the rise. The US and Australian militaries have logged incidents since 2017 in which their aircraft and helicopters were targeted with handheld lasers from the shore or from Chinese fishing vessels believed to belong to China’s maritime militia.

China is a signatory to the Protocol on Blinding Laser Weapons, which explicitly bans the use of lasers to target pilots.

Diplomatic relations between Canberra and Beijing have soured since Australia pushed back against Chinese aggression in Asia and called for an international investigation into the origin of the coronavirus pandemic.