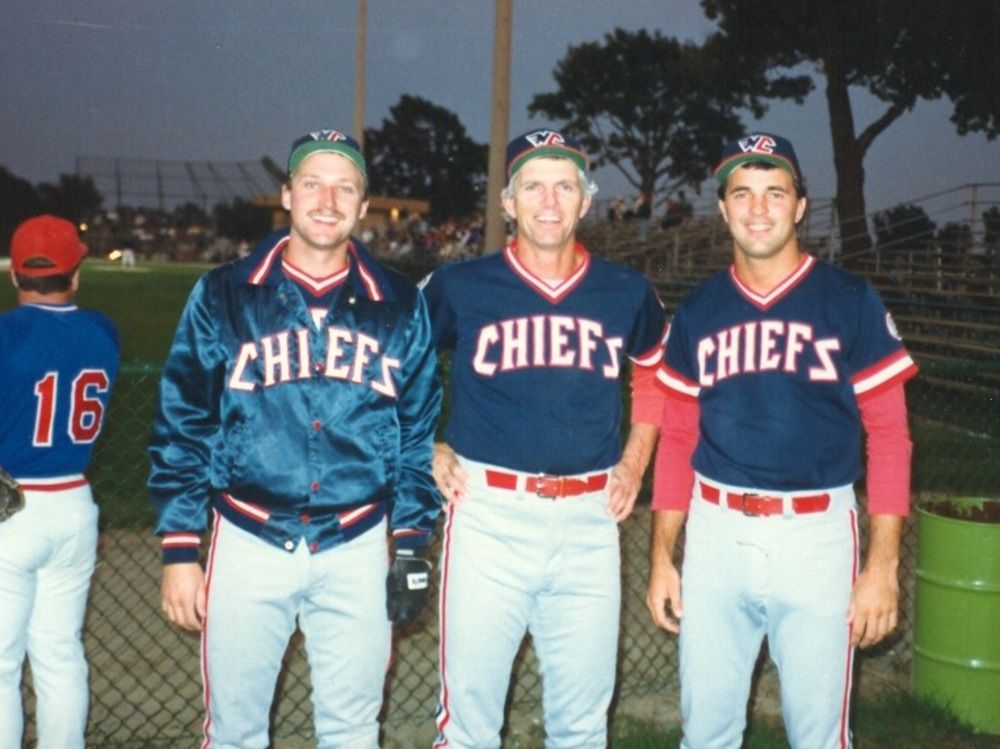 To this day, the Windsor Chiefs might still be the most dominant senior men’s baseball program ever put together.

Over a 10-year period, the Chiefs won seven Baseball Canada national championships and finished on the podium in nine of those 10 years from 1982 to 1991.

“The Chiefs were a tremendous chapter in the middle of this long dynasty and I can’t imagine that decade, beginning in ’82, every being duplicated.”

The team, which began operating in 1969, merged with Windsor Athletic Association to become the Windsor Stars in 1993 and the Stars continued that tradition of winning by taking this year’s national championship.

“Now, 60 years later, (Ron Smith’s) Windsor Stars bring home gold and I feel as happy and proud of them as ever,” said Valcke, who also noted the success of the Tecumseh (Green Giants) Thunder program.

The Chiefs, who earned a special teams award from the Windsor/Essex County Sports Hall of Fame in 2007, will hold a reunion at Kurley’s AC, which is owned by former Chiefs’ manager Ris Massetti, on Friday starting at 4 p.m.

“We always talked about it,” former Chiefs’ outfielder Rob Murphy said. “I know Jock (Papineau) started it in ’69 and we were going to do something for the 50th anniversary, but now it’s to celebrate the 40th anniversary of that first gold medal in 1982.”

While there have been members of the club that have passed away over the years, Murphy is hoping former members of the team get a chance to reconnect.

From former Major League Baseball prospects to area standouts, the Chiefs went on to win 12 Ontario titles and the club’s first national medal came in 1978.

“I constantly refer to my time with the Chiefs as the benchmark in what it is to be a team,” former Chiefs’ outfielder Ritchie Coughlin said. “We were a collection of diverse personalities from diverse backgrounds who came together to be much stronger as a group than any of the collective individual talents could accomplish.

“The boys did not care about your resume or what you accomplished before you came to the team. They only cared about what you did to add to an already talented group of players.”

Many have stayed involved in coach at some level and while those titles are history, the impact on the local baseball community has not been forgotten.

“Since the great run of championships, I have become a coach of elite players in the Windsor Selects program,” said former Chiefs’ infielder Kevin Paradis, who played 13 seasons with the team. “Many of the kids know that I have been part of 10 Canadian championship teams. They ask me questions about it (and) I tell them that being a great teammate was what I was most proud of.

“Seeing my teammates Friday means the world to me. We will no doubt share many great stories and be able to reflect on being part of something special that likely no other amateur team will boast.”

Many of those titles didn’t come easy and comeback wins were a common occurrence for the club.

“Anytime we were behind, it was almost a given that we were going to win,” former Chiefs’ outfielder Mike Cooper said. “Something you can’t explain. It was pure will to win.”

And that uncanny will to win moved from one generation of players to the next group coming in and the hope is that many of those players from each generation will find a way back into the fold for Friday’s reunion.

“I played on basically three generations of Chiefs, so hopefully (I) get to see many of the faces from those great teams,” said Don Hollerhead, who played and also managed the team. “It will be really special to see some guys from all the eras.”