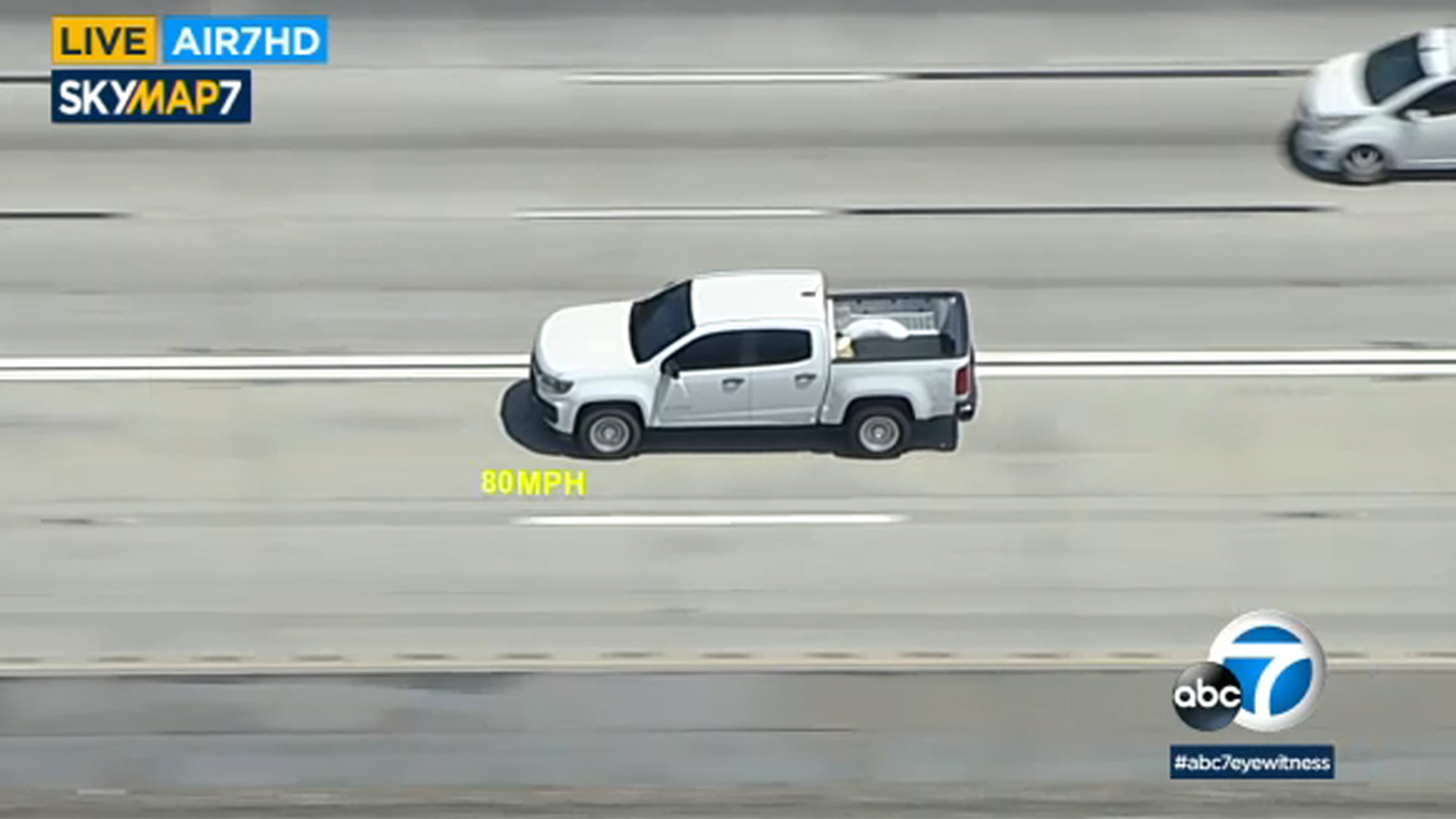 The pursuit began in West Covina where the driver was reportedly involved in a carjacking incident, according to investigators.

The driver – who was seen driving a white pickup truck – was driving recklessly along surface streets and reached high speeds while on the freeway.

There were several times during the chase when the driver ran red lights and reached speeds of up to 80 MPH.

At one point, the suspect ended up near South Gate in which he spent several minutes driving the wrong way along Washington Boulevard.

Several patrol vehicles remained behind him throughout the chase.

After about 45 minutes, and reaching the Norwalk area, the driver began slowing down.

The driver and a woman – who was riding in the passenger side throughout the entire chase – ultimately surrendered just before 12 p.m.

It’s unclear if the woman was the carjacking victim or if she’s also considered a suspect.