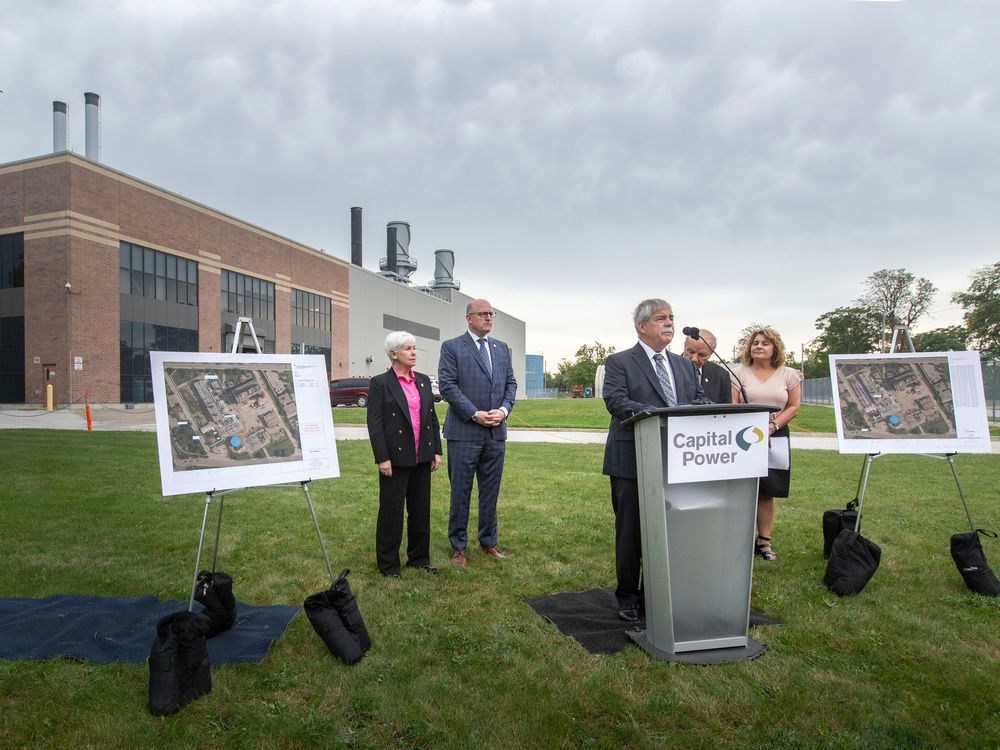 A power generation facility in Ford City is looking to expand the amount of energy it puts out to support the region’s fast growth and economic development.

Capital Power on Wednesday announced its plan to add battery energy storage systems at its cogeneration centre next to Waters Edge on Riverside Drive, systems that would meet the needs of roughly 40,000 homes (40 megawatts). The company also wants to increase efforts within the plant, all while focused on Windsor’s future energy needs.

In order to do either, Capital Power must receive approval from the Independent Electrical System Operator (IESO), the Crown corporation that manages Ontario’s power system and that previously identified Windsor-Essex as high priority for the addition of new power.

“We are confident that we have viable options for adding significant capacity at this plant, all within the existing one-and-a-half acre site,” said Brian Vaasjo, president and CEO of Capital Power.

“There is very much a need for new power in this area. Right now, there’s a bit of a question as to where it will come from. Capital Power believes this facility can be one of the answers that solves the problem of energy requirements in this part of the province and specifically in Windsor.”

For the last few years, the IESO and other forecasting bodies have predicted a growth in electricity need across the province, Vaasjo said. Capital Power began the environmental assessment process to expand its capacity last spring to move the project along as quickly as possible if approved.

Jelena Payne, the city’s commissioner of economic development and innovation, said city administration has been working for several months to identify potential energy solutions “to ensure the world knows that Windsor is open for business.” Wednesday’s announcement, she said, was a “perfect example” that “solutions to clean, green energy are often right in our own community.”

The city will support and work with Capital Power as it moves forward to explore energy options, Payne said.

“The massive investment in the automative sector here in Windsor led by the $5-billion (electric vehicle) battery factory and associated supply chain — it has really left us all wondering if we would have the electricity to support all of this economic growth,” said Windsor Mayor Drew Dilkens.

As the city waits for previously announced transmission lines to be built over the next several years, “we know that building up our local generating capacity is a critical part of securing our electricity reliability that our region needs.”

The city’s support for the project is “very significant,” Vaasjo said. Under the IESO’s grading process, municipal support weighs heavily in an application’s favour.

The 92 megawatt generation facility in east Windsor began operations in 2009, providing power to Ontario’s grid and steam to the adjacent Ford factory. Steam production halted in 2019.