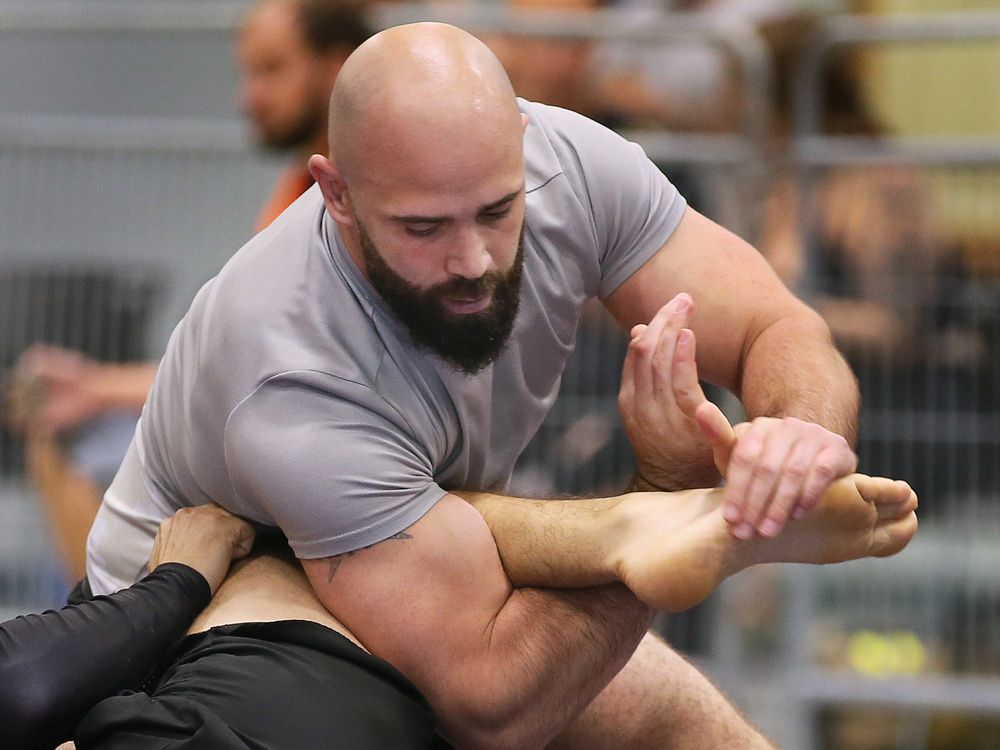 First responders competing in the Can-Am Police-Fire Games pushed through punishing rains on Wednesday in the quest for glory and bragging rights.

Soaked to the bone, softball players from the Windsor and Brampton fire departments battled it out for gold on one Mic Mac Park ball diamond, determined to swing hard and dive for wild balls, even if it meant landing in mud puddles. On another diamond, the Windsor Police Service team took on the RCMP for bronze.

As Day 2 of the games picked up Wednesday, Jan Wilson said things “are going amazingly well.” General manager of the 2022 Can-Am Police-Fire Games, Wilson spent at least part of the morning at the cycling time trials in Amherstburg.

Seeing the events finally happen, like the cyclists taking off for the criterium at the Ciociaro Club on Tuesday, makes the years of preparatory work worth it, she said.

Windsor was chosen to host the games this year back in 2017. With 44 competitive events involving 800 athletes from across Canada and the U.S., the games was then estimated to cost the city $580,000 but bring between $5 and $10 million into the local economy.

The games are held every other year for police officers, correctional officers, firefighters, and paramedics.

After only one full day of competitions, Wilson said participants had already said they’d like to come back to Windsor and do their sport again.

“Windsor has a good reputation for hosting events, and this is really adding to it,” she said. “We’ve got participants from all over Canada and the United States, and they’re seeing what Windsor can do.”

Also on Wednesday, the Windsor police hockey team bested Windsor fire on ice at the WFCU Centre with a 2-1 win.

The games continue Thursday at 6 a.m. with angling at Lakeview Park Marina, followed by a 10 km cross country race at Malden Park and gold at Roseland Golf and Curling Club, both starting at 8 a.m. A cycling road race begins at the Libro Recreation Centre in Amherstburg at 9 a.m.

At 11 a.m. at Malden Park, a 3D archery competition will take place. Darts can be viewed at Royal Canadian Legion Branch 644 (1570 Marentette Ave.) from 4 to 10 p.m., and Texas hold’em will be played at Caesars Windsor at the same time. A 10 km foot race is scheduled to begin at the Riverfront Festival Plaza at 7 p.m.

Dog and pistol events at Major F.A. Tilston VC Armoury and Police Training Centre are closed to the public.

Wilson said she appreciates the support residents have given so far and invited people out to watch the events and cheer on competitors.

“At the cycling time trial, we’ve got people on the side of the road cheering the cyclists as they go by. That really means a lot to them,” she said.

A “special” day is planned for Saturday, Wilson said, with the “firefit” firefighter competitions at the Riverfront Festival Plaza starting at 9 a.m. An event called Women On Fire will see women interested in careers as first responders get hands-on training “and go through some of the paces” alongside professional firefighters.

The city is also bringing back the Tug Across the River event, which will see firefighters from Windsor and Detroit race to pull buoys at the end of a 1,500-metre rope from the middle of the Detroit River to the shore of their respective country. That will happen at 4 p.m. on Saturday.

For a full schedule of events from now through Sunday, visit windsor2022.ca.