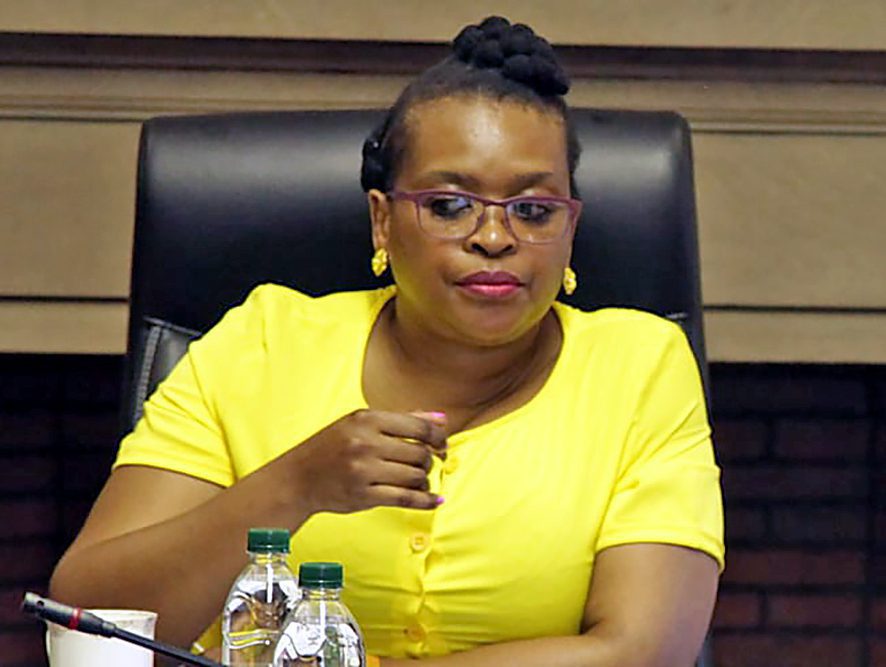 VIP protection officer Lizzy Mojapelo is on medication for depression after she almost lost her baby during a fight with Gauteng provincial legislature deputy speaker Nomvuyo Mhlakaza-Manamela.

Sunday World has learnt that Mojapelo, who has a pending case of assault against Mhlakaza-Manamela, the wife of ANC heavyweight Buti Manamela, is allegedly being victimised at work because of the case.

Mojapelo said she is now deemed unable to complete and engage in certain tasks, as well as work overtime, because she is on medication for depression. This despite the fact that she feels fit to perform her work.

The treatment Mojapelo receives at work is allegedly different from the way that other employees are being treated. However, she told Sunday World after her court appearance in August that she is grateful for her colleagues who believe and continue to support her relentlessly.

Mojapelo, who sustained multiple injuries, was 11 weeks pregnant at the time of the assault, and has had a difficult pregnancy due to the assault. She also had to receive fertility treatment to ensure that her pregnancy was not terminated.

After the National Prosecuting Authority refused to prosecute in 2020, Mojapelo approached AfriForum’s private prosecuting team, which has handled the matter since then.

Mhlakaza-Manamela faces charges of assault with intent to cause grievous bodily harm and crimen injuria.

The trial, which was set for Mhlakaza-Manamela to tender her plea, was postponed again at the Johannesburg magistrate’s court on Thursday, because of the unavailability of a magistrate.

Sunday World understands that the trial will resume on September 30 for the accused to plead and for witnesses’ evidence.

Mojapelo said she is disappointed after having left her home very early in the morning only for the case to be postponed.

“I am disappointed about the postponement, but I understand because they said Hlongwane [the prosecutor] and the magistrate that is handling this case are the best. I am happy that they have relied on them,” said Mojapelo.

“The postponement is reasonable although disappointing. We are confident, however, that the case will proceed when we return later this month,” said Bateman.

Mhlakaza-Manamela refused to comment, saying she is not willing to talk to the media.

The case was postponed in August after the court heard that Mojapelo and her team were not in the know of Mhlakaza-Manamela’s previous appearance.

Bateman said at the time that they were happy that the case was on the court roll for trial, however, he raised concerns about how it was being handled.

“We only found out today that the matter was set down for trial, we were under the impression that this was the first appearance. It turns out that the accused made an appearance last week,” he said at the time, adding that AfriForum was not informed that the defendant was in court the previous week when Mojapelo was due to testify.

“The prosecutor only met Lizzy [Mojapelo] for the first time today … How can you possibly expect a trial to proceed with such unpreparedness?”

Bateman also raised concerns that there was an “attitude or posture” that was being adopted by the state, noting that Mojapelo had informed AfriForum that she was expecting a subpoena.

However, AfriForum’s enquiries were dismissed when it asked for “minor details” from the police.

At the time, Mojapelo told the media outside court that she is happy that the case is finally gaining momentum after two years and added that she believes “justice will be served”.

How Bhuti Manamela&#8217;s wife beat up a pregnant cop