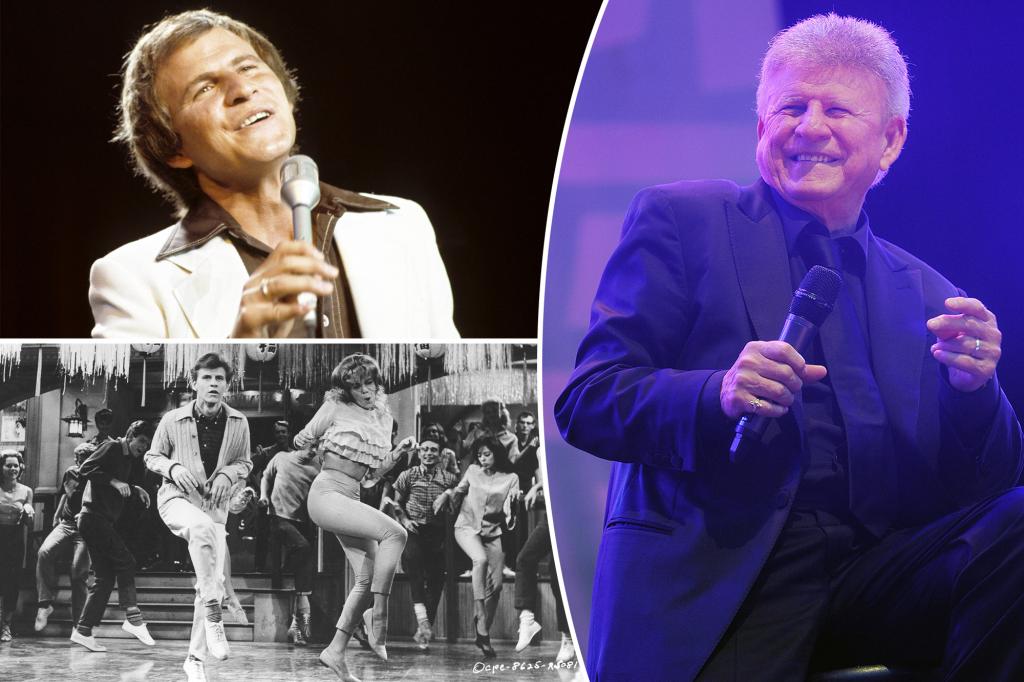 According to Variety, the cause of death was pneumonia. He passed just weeks before he would have turned 80 on April 26.

The triple-threat from Philadelphia, born Robert Louis Ridarelli, was famous for such hip-swinging rock & roll hits as “Volare” and “Wild One,” and acted alongside Ann-Margret, Dick Van Dyke and Janet Leigh in the Oscar-nominated “Bye Bye Birdie.”

Ukee Washington of CBS3 in Philly shared the news with social media on Tuesday. “A Philly Music Legend … has passed on. Sending prayers of comfort, strength and love to the family and fans of ⁦Bobby Rydell,” he wrote on Twitter.

The lively shores of nearby Wildwood, New Jersey, were where Rydell was inspired to sing “Wildwood Days.” The hometown hero is now the namesake for several streets around both Philadelphia and Wildwood. He reportedly grew up in the same neighborhoods as Frankie Avalon and Fabian, other iconic singers of the era.

In a 2016 interview, he said that “Wildwood Day’s best encapsulated his own life, calling it “the national anthem of the [New Jersey] Shore.” But he added that most people know him for “Volare,” calling it “my walk-in music and my walk-off music.”

He also dismissed suggestions that he was one of his generation’s rockers.

“I was not really a rock-and-roll singer,” Rydell said in the same interview. “That’s what you had to do to make it. I’m an American Songbook guy.”

On his way to selling more than 25 million records, he would tour much of his career as part of The Golden Boys stage production, along with fellow Philadelphian teen idols Frankie Avalon and Fabian.

His impact on popular music would be felt for generations, as Paul McCartney reportedly credited Rydell’s “Swinging School” as the inspiration behind the Beatles’ “She Loves You” — specifically the lyric “yeah yeah yeah,” which Rydell had used in the 1960 song “Swingin’ School.”

And Rydell High of the film “Grease” — that’s also a nod to Bobby, who has acknowledged that bandleader Benny Goodman became his inspiration after seeing him in concert with his father when he was a kid.

But many fans would remember him for a particular “Bye Bye Birdie” dance scene alongside Ann-Margret to the song “A Lot of Livin’ To Do.” The irony: he didn’t consider himself much of a hoofer.

“I was never a dancer. And by that, I mean, I never laid down taps. I wasn’t a soft-shoe type of guy, but I was always a fairly good mover, and everything in ‘Bye Bye Birdie’ is all moves,” he said in a 2020 interview. “The shoulders, the legs … It took two weeks to rehearse that, and another two weeks to shoot it. It was a very, very intense number, with all these different camera angles, and close-ups.”

With the publication of his 2016 memoir, “Bobby Rydell: Teen Idol On The Rocks: A Tale of Second Chances,” he told an interviewer that performing was in his blood from a very young age.

“It’s been my life since like 7 years old,” said Rydell, who was a frequent guest on variety shows hosted by the likes of Red Skelton, George Burns, Jack Benny and Danny Thomas. “I can’t complain at all about my career. You know, it’s had its ups and downs, its peaks and valleys, so on, so forth. But I’ve survived through all of that, and I’m continuing to do what I really enjoy doing.”

In 2012, he underwent a double organ transplant to replace his liver and a kidney and was back on stage within six months.