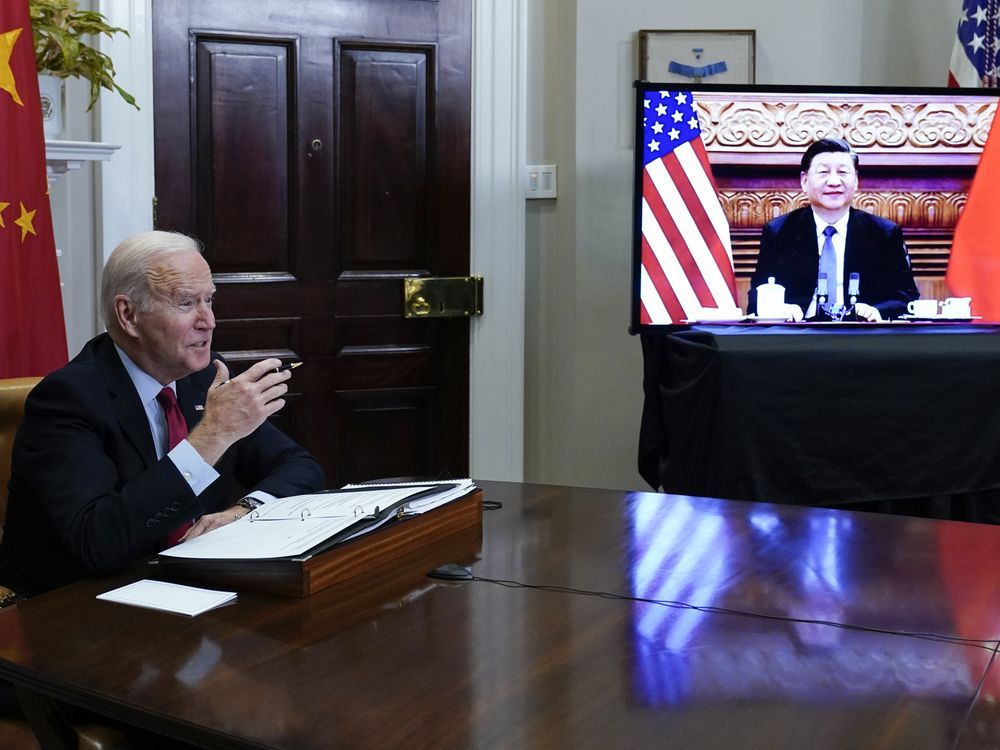 WASHINGTON (AP) — Presidents Joe Biden and Xi Jinping will speak Thursday, according to a U.S. official, their first conversation in four months coming amid new tension between Washington and Beijing over China’s claims on Taiwan.

The planned talks between the two leaders — the fifth in a series of regular check-ins — have been in the works for weeks. But the possibility of a visit to Taiwan by House Speaker Nancy Pelosi, the top congressional Democrat and second in line of succession to the presidency, has added fresh strain to the complicated relationship.

Beijing is warning that it will take “forceful measures” should Pelosi visit the self-ruled island of Taiwan that China claims as part of its territory.

The U.S. official declined to be identified ahead of the public announcement.

Pelosi hasn’t confirmed plans to visit Taiwan, but Biden last week told reporters that U.S. military officials believed it was “not a good idea” for the speaker to visit the island at the moment. Biden’s comments came after the Financial Times reported last week that Pelosi planned to visit Taiwan in August, a trip she had originally planned to make in April but postponed after she tested positive for COVID-19.

The speaker has declined to comment on whether she plans to visit Taiwan, citing security protocol on her travel. But she said Biden’s comment stemmed from military brass being “afraid our plane would get shot down, or something like that, by the Chinese.” She would be the highest-ranking U.S. elected official to visit Taiwan since Republican Newt Gingrich visited the island in 1997 when he served as House speaker.