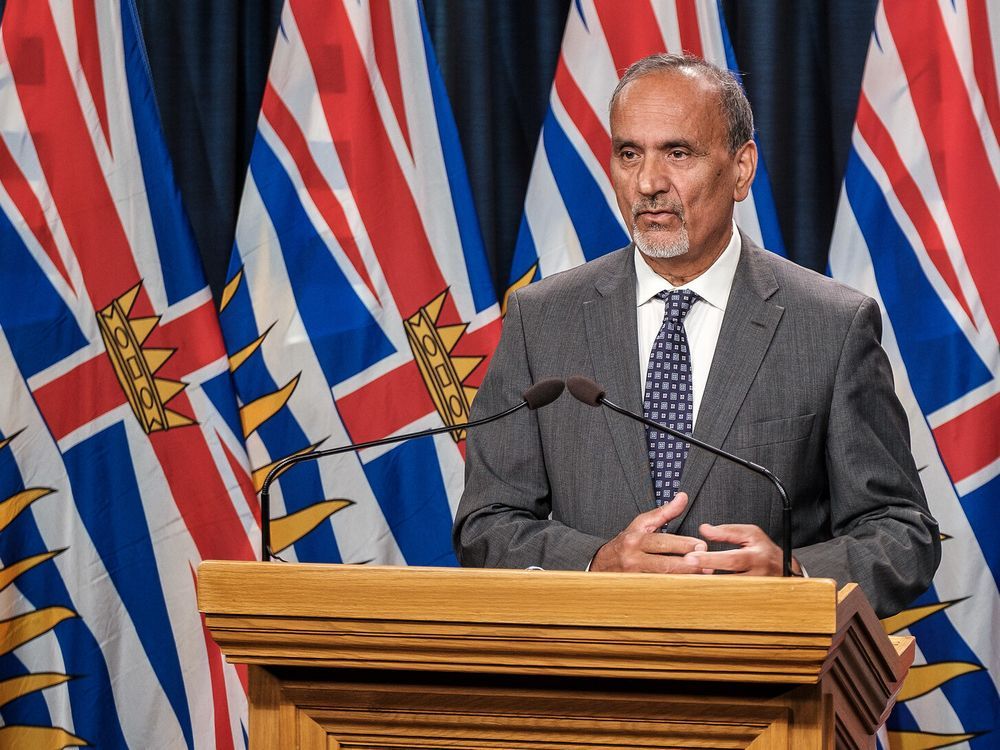 A former Starbucks employee who helped organize the first union at the coffee chain in Canada says B.C.’s return to single-step union certification is a big move forward for workers’ rights.

Izzy Adachi said despite 90 per cent of workers at that Victoria Starbucks signing on to join a union, the company sent in “union busters” to intimidate organizers and try to influence staff in the days after the initial vote.

“Single-step certification is an important win for workers,” Adachi said during a conference call on Wednesday. “It levels the playing field after decades of employer-dominated policies.”

Under the B.C. government’s proposed Bill 10 change to the Labour Relations Code, “if a clear majority sign union cards, they will be unionized” without a subsequent vote, said Bains, setting the threshold for automatic certification at 55 per cent of the vote.

If the vote for certification is between 45 and 55 per cent, a second secret ballot would still be required.

The current two-step process requires 45 per cent of workers to agree to join a union and, once that threshold is met, another vote that reconfirms their choice is held several days later.

Bains noted that workers openly supporting certification have been fired or threatened with termination during that period, and employers have also warned of layoffs or plant closures in an effort to sway the second vote.

“It’s my job to ensure all workers are treated fairly and with dignity,” said Bains.

However, the Independent Contractors and Businesses Association said the changes would strip workers of the right to hold a secret ballot, in favour of a card check system that could expose them to coercion.

B.C.’s own review panel for the Labour Relations Code found that a secret ballot was most consistent with democratic norms, the association said in a news release.

Chris Gardner, the association’s president, said the secret ballot allows both sides to present their case when it comes to union certification, and the process is carefully monitored for fairness by the Labour Relations Board.

Representatives of industry also cited the pandemic in saying they were “surprised” at the timing of the rule change, and felt there was no “meaningful consultation with employers” at a time when “businesses are still reeling from the pandemic.”

“We call on the government to pause the legislative process and engage in a fulsome and proper consultation with employers,” said a statement from the B.C. Chamber of Commerce, the Vancouver and Surrey boards of trade and other business groups.

Tes Estilo, a care aide who is now represented by the Hospital Employees’ Union, said it’s important for B.C. to remove barriers that made it difficult to join a union.

“My co-workers and I joined the union for better wages, benefits and job security. As a care aide, this means more stability for our residents in seniors’ care,” said Estilo. “Unions create balance and fairness in the workplace.”

“Throughout this pandemic, we’ve seen that many people want to make their workplaces safer, provide more input to their work schedules and negotiate better wages and benefits, and they should be able to this without barriers,” said Bains in a statement.

Bains noted during the call that single step isn’t new in B.C. He said that was how unions were formed here from 1947 until 1984 and again for a time in the ’90s. He also noted in a release that several provinces including Quebec, New Brunswick and P.E.I., as well as federally regulated workplaces, use single-step union certification.

“I’m proud to make these changes,” said Bains, who noted the legal right to join a union is enshrined in the Canadian Charter of Rights and Freedoms.

The changes to the labour code will also affect construction workers, allowing them to decide if they want to switch their union annually. Current rules can prevent them from doing so for three years, much longer than the length of many work projects.

With files from The Canadian Press