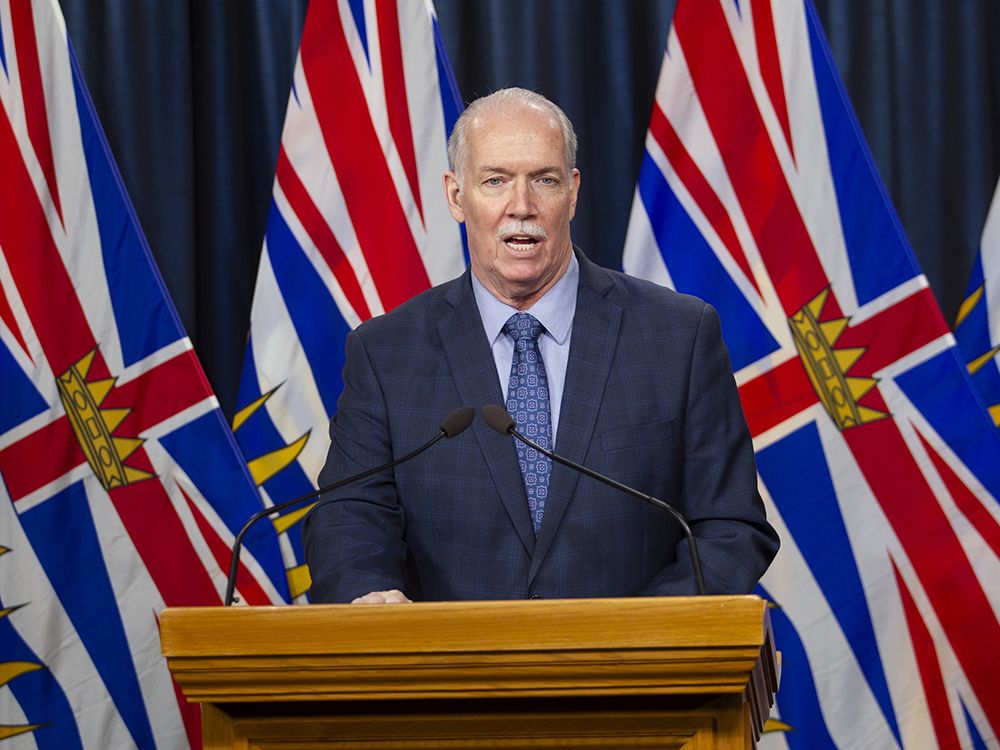 John Horgan said British Columbia supports the people of Ukraine in their battle to turn back Russian military forces and President Vladimir Putin.

British Columbia is contributing $1 million to the Red Cross in support of the people of Ukraine and it is stopping the importation and sale of Russian liquor products from government-operated liquor stores and its distribution centres.

B.C. Liberal Leader Kevin Falcon had earlier called for the province to join others in removing Russian products at BC Liquor Stores.

He said B.C. is working with the federal government and will support whatever sanctions Canada decides to impose to help condemn Russian actions.

“I want to add my condemnation to the wrongful actions of the government of Russia in taking away the liberties and threatening the lives of the people of Ukraine,” he told a news conference at Government House after announcing changes to his cabinet.

“I stand with all British Columbians and indeed all Canadians condemning that activity and hoping that Mr. Putin will see the error of his ways, and the wrath of the international community will be sufficient for him to turn back on this horrific course he is on.”

Russian forces launched an invasion of Ukraine this week, with reports of casualties on both sides of the conflict.

Trudeau said Friday that Canada will impose a third set of co-ordinated sanctions on Russia, including on Putin himself.

“We are working with the federal government on how B.C. can participate in whatever sanction programs they put in place,” Horgan said. “For sanctions to be effective, they have to be comprehensive.”

The federal government also announced it will match every donation made by individual Canadians to the Canadian Red Cross for Ukraine relief efforts between Feb. 24 and March 18, up to a maximum of $10 million.

Horgan also said B.C. is prepared to welcome Ukrainians to the province as a safe harbour for people fleeing the conflict.

The flag of Ukraine was flying at the B.C. legislature.