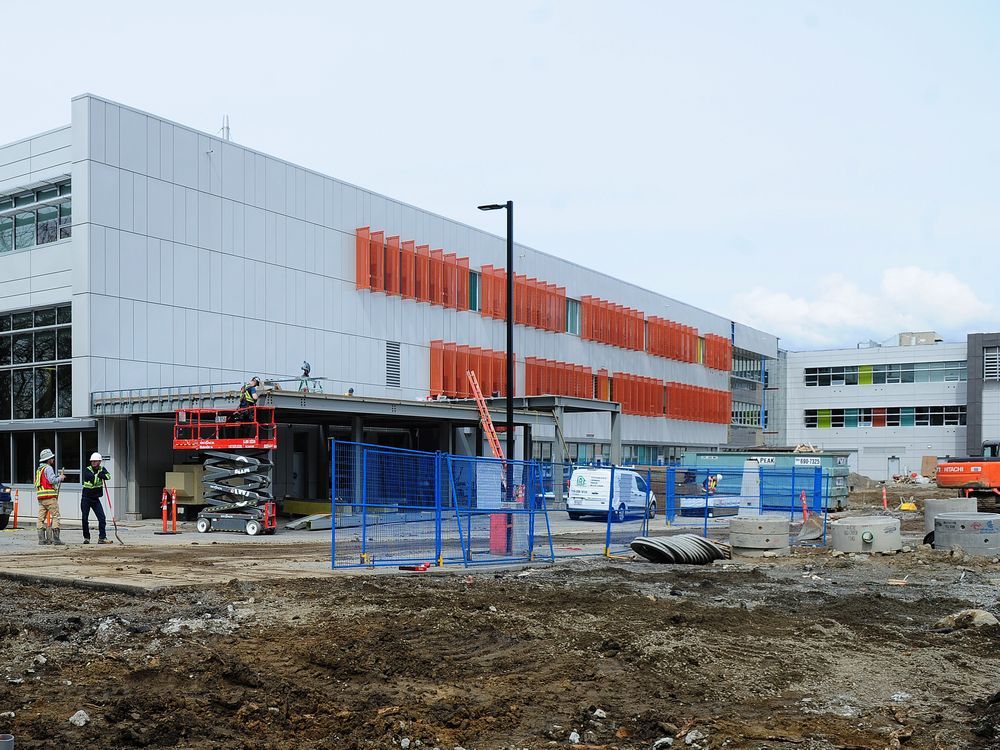 The NDP government is on the defensive over revelations it is delaying previously promised capital funding for new schools or seismic upgrades of existing schools.

Premier John Horgan said Monday there is “no freeze in place” on school capital projects but the Ministry of Education confirmed seven projects are on hold because of the financial impacts of the pandemic and last year’s catastrophic flooding.

School districts in Mission and Vancouver say they’re frustrated that school capital funding has been held up indefinitely. NDP opponents are incredulous at news that badly-needed school upgrade or replacement projects are being kicked down the road while the government forges ahead with the controversial $789-million plan to replace the Royal B.C. Museum.

The Vancouver School Board wrote to Education Minister Jennifer Whiteside on May 27 expressing “concern that no new major capital projects have been approved” and “dismay” that three previously-approved seismic projects at David Thompson Secondary, False Creek Elementary, and Killarney Secondary have been deferred. No timeline was given for how long the projects will be deferred.

The Vancouver School Board has not received funding for new major capital projects since 2019/20, the board said. The school district has requested funding for a new school on Columbia Street in Olympic Village since 2006-2007 but no money has been committed.

In a June 1 letter to the premier, Mission school board chair Tracy Loffler expressed “frustration” that the $87-million project to replace Mission Senior Secondary has been “deferred indefinitely.”

The school board will have to resubmit the business case for the school replacement, Loffler said, which will push back the project by at least two years.

“We were made a promise,” Loffler said. “We would just like to get this project on the go.”

The fast-growing Sooke School District did not get the funding it asked for to build three new elementary schools in Langford and Colwood or to do seismic upgrades of the Port Renfrew Elementary school on the west coast of Vancouver Island. The New Westminster school district was also turned down this year for major capital funding for a new elementary school and middle school in the Fraser River area.

Whiteside wasn’t available for an interview Monday but her ministry said in a statement “the financial impacts of the pandemic and recent flooding events have resulted in the deferral of seven school capital projects.” It did not provide a list of the seven projects deferred.

The ministry said this was done to prioritize 11 urgent school capital projects, “including replacing facilities deemed unsafe for long-term use and construction projects to create new student seats in areas seeing high enrolment.”

For example, the ministry fast-tracked a request from the Quesnel School District to create a business case to replace Carson Elementary on a different site due to landslide risk on the existing site.

There are 79 school capital projects across B.C. where funding has been approved that are in design, construction or where enough of the work has been completed that it’s safe for students to occupy the building, the ministry said. The 2022 budget included $3.1 billion over the next three years to build and expand schools to accommodate growth, seismically upgrade schools and also maintain existing schools.

Horgan and Tourism Minister Melanie Mark have repeatedly denied critics’ claims that the $789-million Royal B.C. Museum replacement project is taking priority over seismic upgrades at B.C. schools. There are 250 B.C. schools in the province, some with worse seismic ratings than the 55-year-old museum, awaiting seismic upgrades.

“This is an appalling decision by John Horgan and the NDP,” B.C. Liberal Leader Kevin Falcon said in a statement. “To spend a billion dollars for a brand-new Royal BC Museum (RBCM) that nobody wanted, while halting construction on already announced schools that parents and teachers were promised is unacceptable,”

Falcon told Postmedia News the government’s commitment to the “ill conceived” museum plan “means other things will be sacrificed for this project to go forward.”

B.C. Green party leader Adam Olsen said he’s frustrated to see school capital projects that “don’t seem to be going forward at the pace that that the school districts are needing to accommodate the growth in communities.”

Olsen said if the government continues to insist it can replace the museum and make schools safe for children “then they need to demonstrate as a government that they’re doing that, they’re able to do both.”