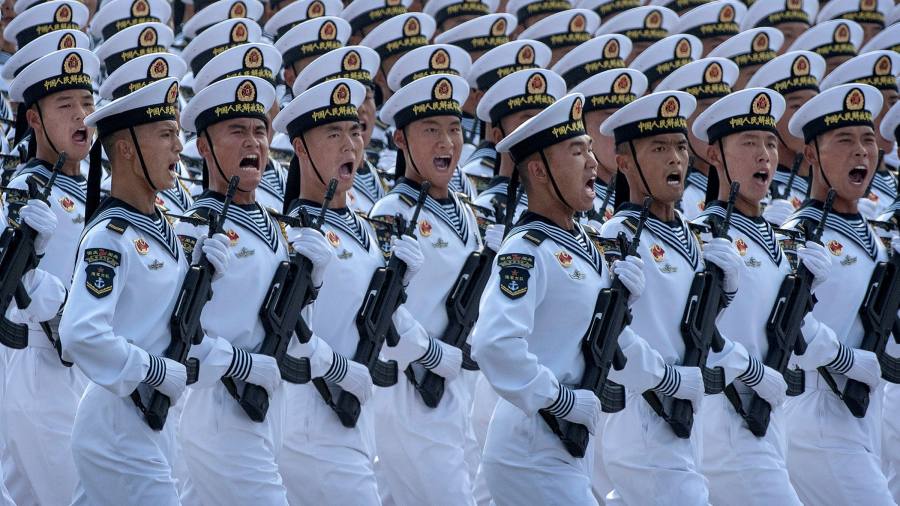 Australia plans to build a A$10bn (US$7.4bn) nuclear-powered submarine base on the country’s east coast after prime minister Scott Morrison warned that Russia’s invasion of Ukraine and China’s failure to condemn it had served as a “wake-up call” for Europe and the world about the threat posed by autocracies.

The new submarine base is the latest step in Australia’s push to bolster its military capabilities and to form alliances in the Indo-Pacific region as tensions with China mount. Canberra will invest A$578bn in its defence forces over the next decade, including a deal with the UK and US to modernise its submarine fleet.

The government has shortlisted sites in Brisbane, Newcastle and Port Kembla, south of Sydney, for the new base, which will give the fleet immediate access to the Pacific Ocean. Australia’s existing submarine base is in Western Australia, on the Indian Ocean.

Morrison, in a speech to the Lowy Institute, a think-tank, said the Ukraine invasion and recent tension with China — including the “needlessly provocative” use of a laser by the Chinese navy against an Australian surveillance plane off its north coast — meant the country faced its most dangerous security threat in 80 years.

“A new arc of autocracy is instinctively aligning to challenge and reset the world order in their own image,” he said. “Events are now lifting the veil. Perhaps the scales are beginning to fall from the world’s eyes also. At least I hope so.”

Morrison added that the Ukraine invasion was a “major wake-up call” for Europe, both strategically and economically. The prime minister said he welcomed the signs of a “more concerted, tough-minded European approach to autocrat adventurism”. He likened the new approach to moves by Australia and its allies in the Indo-Pacific region.

Morrison insisted that the invasion of Ukraine should not be dismissed as an act of lunacy. “This is what autocrats do,” he said. “It is not the product of a sudden madness or a failure of earlier diplomacy to resolve just grievances.”

He called for greater co-operation between regional partners and cited last week’s meeting with the Quad leaders — comprising the US, Australia, Japan and India — which discussed the implications of the war in Europe for the Indo-Pacific region.

Morrison again criticised China for not condemning Russia’s “brutal attacks” in Ukraine and for loosening trade restrictions with its neighbour at a time when other countries were applying tough economic sanctions.

“As long as China has a bet each way on this, then [I fear] the bloodshed will continue,” he said.