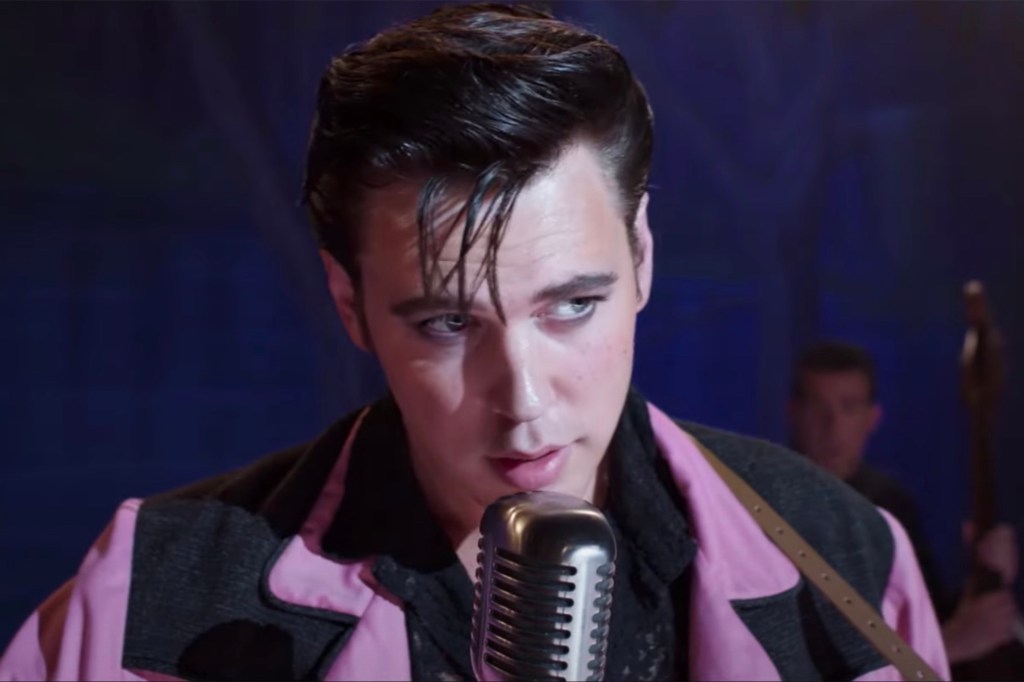 Twitter can’t help falling in love with Austin Butler as Elvis — but not everyone.

Hanks, 65, narrates the teaser, eerily stating: “There are some who make me out to be the villain of this here story.”

A scene shows Elvis giving a moving performance onstage. Once he finishes singing his tunes, Parker says to him, “Are you born with destiny? Or does it just come knocking at your door?”

“At that moment I watched that skinny boy transform into a superhero. He was my destiny,” Parker notes.

However, not everyone had burning love for Butler portraying Presley. On Twitter, some were confused over the casting choice while others slammed Butler for not looking like he embodied the role.

”Idk man, I don’t see Elvis, Austin’s face is too pretty for that. I don’t feel the blues,” another added. “[He] looks more like John Travolta than Elvis Presley,” said another fan.

“This looks awful,” someone simply tweeted. One viewer stated, “He doesn’t look like him … right?”

But others were all shook up about “The Carrie Diaries” star as the King.

“Austin’s gonna sweep all the awards next season. He nailed Elvis,” one wrote. “I’m actually excited for this he’s a talented actor and has the look down,” chimed in another.

The 1950s era flick features the “Jailhouse Rock” singer reflecting on his career as he faces controversy for his dance moves and lyrics during the time period.

“Some people want to put me in jail, the way I was moving,” Butler as Presely said in the trailer. “I can’t move, I can’t sing.”

“I’m almost 40 and nobody’s going to remember me. I need to get back to who I really am. This could all be over in a flash,” he sighed in one trailer shot.

Various scenes also show Presley being mobbed endlessly by fans and singing to his adoring crowds.

During a virtual press conference, Butler and Luhrmann, 59, discussed the film and the “Can’t Help Falling in Love” crooner’s legacy.

“In this modern era, Elvis couldn’t have been a better canvas to explore America in the 50s, 60s and 70s,” the Australian filmmaker said, according to the Wrap.

Butler chimed in and explained that the film’s appeal is “fundamentally getting to explore the humanity of somebody who has become the wallpaper of society.”

The “Once Upon a Time … in Hollywood” actor added that he had “huge shoes to fill” for the role.

“Elvis” is set to sing itself into theaters June 24.