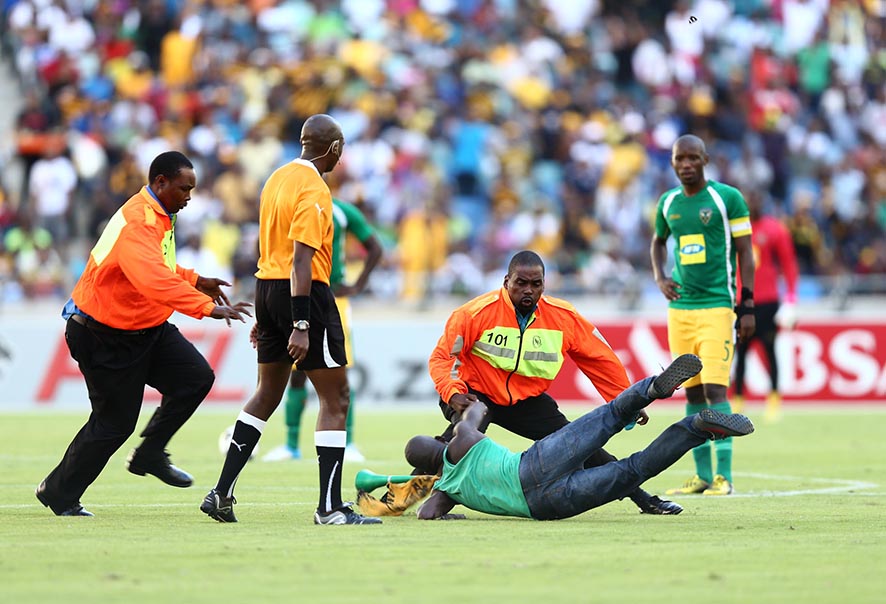 Attacks on referees in the lower leagues are escalating and it is cause for concern for the SA Football Association (Safa).

Safa wants to send a strong message and it is seeking a harsher sentence for the attack on its match officials during an ABC Motsepe League match between Bayern FC and Secunda M Stars, played at Kanyamazane Stadium on April 2.

Safa is appealing against the ‘soft’ sanctions given to Secunda FC officials by the disciplinary committee. Secunda was fined R50 000; a rematch was ordered where their fans won’t be allowed, and they will have to pay for all the damaged vehicles and for the hospital bill of the match commissioner who was assaulted when the match was abandoned.

Safa wants the club and the officials to be banned for life from all football activities.

In other related incidents in the second division, referee Lionel Bergman was recently assaulted by Upington FC supporters who were playing against Real Madrid in the playoffs at Postmasburg.

There was another incident in Durban during a league match and two other assaults on referees in Mpumalanga. In November in Durban, fans were not happy with how the referees officiated the match between Umvoti and Westville Classic.

The match ended in a 1-1 draw and the referee, his linesmen and the match commissioner were attacked.

In 2019, also in KwaZulu-Natal, referee Mongezi Mpungela was attacked by supporters in a match between Summerfield Dynamos and Xl Experience at the Chatsworth Stadium.

Safa head of referees Abdul Ebrahim is calling for those clubs to be banned for life because these incidents are escalating.

“It’s not giving a good image of the game in the country. We need to send out a strong message to those clubs that it is totally unacceptable and that there is no place for them in our football,” said Ebrahim.

“They are showing ignorance of the laws of the game and that’s why they storm onto the pitch to attack match officials. Football is still a sport and referees must not fear for their lives.

“The Safa referees department condemns in the strongest terms such actions. Clubs must be able to control their officials and supporters – some clubs would say that they do not know those supporters who attack or assault our referees.

“We are appealing to our referees to be stronger. We will not compel referees to go to a match where their lives are threatened.

“All this trouble is happening in the ABC Motsepe League, escalating in the last three to four months. Maybe there are underlying reasons.

“It is escalating and we have footage so we must act in a decisive manner so that those who are involved in those attacks are kicked out of football forever – maybe they must resort to boxing,” Ebrahim said.