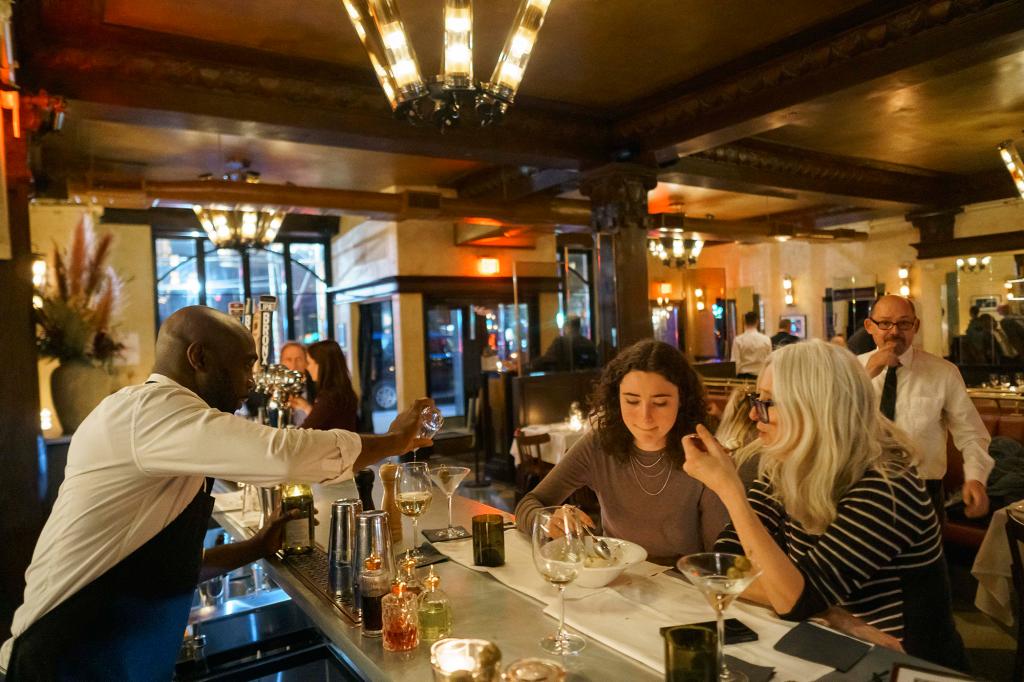 When the late Anthony Bourdain blew the lid off the restaurant industry in his book Kitchen Confidential, he was working as Brasserie Les Halles’ executive chef — where he’d been since 1998.

Now that space — closed since 2016 – has reopened as La Brasserie. Francis Staub, who operates a cast iron cookware company under his own name, signed a 15-year lease for the 173-seat restaurant.

The eatery closed in 2016 and Bourdain, who tragically committed suicide in 2018, had been long gone from behind the stove. Still, so strongly associated with the restaurant was Bourdain that when he died, grieving New Yorkers turned the area outside the restaurant into a spontaneous shrine.

The spot at 411 Park Avenue South, which includes a 20-person zinc bar and a 12-seat terrace, reopened this spring.

“I always loved Les Halles, even if the food wasn’t perfect,” Staub tells Side Dish. “It was an old-fashioned place, like La Coupole in Paris.”

When he heard the 3,800 square foot space was up for rent, he jumped.

Staub’s iron pots are beloved by top chefs. His first foray into New York restaurants is his popular upscale poultry spot Le Coq Rico in the Flatiron District, which has since been renamed and temporarily closed for renovations. He has another restaurant, Le Théatre in Alsace, in the town of Colmar..

When Bourdain ruled Les Halles, the eatery — which opened in 1990 — was known for the butcher shop up front and the bistro in the back, along with lots of meat-heavy dishes, from steak frites to steak tartare prepared tableside.

Its new iteration will be a little more glam — but not too much, and it will still boast those classic French and American bistro dishes, along with a decent French wine list.

But does a new spot rising at the iconic brasserie stand a chance?

“I think it’s cool,” said top French chef Eric Ripert, of Le Bernardin, who said he used to dine there once a month back in the day — even before he knew Bourdain, who became a close friend. “But it has to be its own entity and not stay in the past.”

Staub agreed, though he’s keeping a steak dish with homemade French frites in honor of Bourdain.

New dishes — from Chef Jaime Loja, formerly of Del Frisco’s Restaurant Group and a longtime chef de cuisine at Brasserie Ruhlmann —  will include plenty of souflé and touches of Alsace, where Staub is from.

They’ll include: souflé with caviar, a côte de boeuf for two, finished with brandy and served on a bed of rock sale, along with a foie gras torchon with date-lemon chutney, roast chicken with tarragon, Arctic chair grenobloise with haricots verts and curried mussels in coconut milk.

Ripert hasn’t popped in yet, but he says he will. He dined at Les Halles long before he knew Bourdain, who became a dear friend.

In his book, Bourdain describes working at Les Halles with a multicultural crew in a tiny kitchen that was hard to navigate with his six foot-four frame.

Once he became an award-winning TV personality, he returned to shoot a segment there with Ripert.

“Tony asked if I would come to Les Halles and be a line cook with him for his show, “No Reservations,” and I said yes. I think he was surprised,” Ripert said. “He put me on the grilling station, which is the hardest. I ended up spending a night there being the guy at the grill. We spent a night cooking and grilling. It was insane. The volume was so fast and I was having a lot of fun. It was a very good team.”

Ripert says his other Les Halles memories are from the dining room, “which was great, but not the same” as being in the kitchen there.

Bourdain’s legacy transcended cooking to “reinvent journalism on television,” Ripert said. “He had the background of a chef but he wanted people to travel and be curious and learn — to leave the resort and go and explore. His shows became more political as time went on but mainly they were on culture discovered through food.”