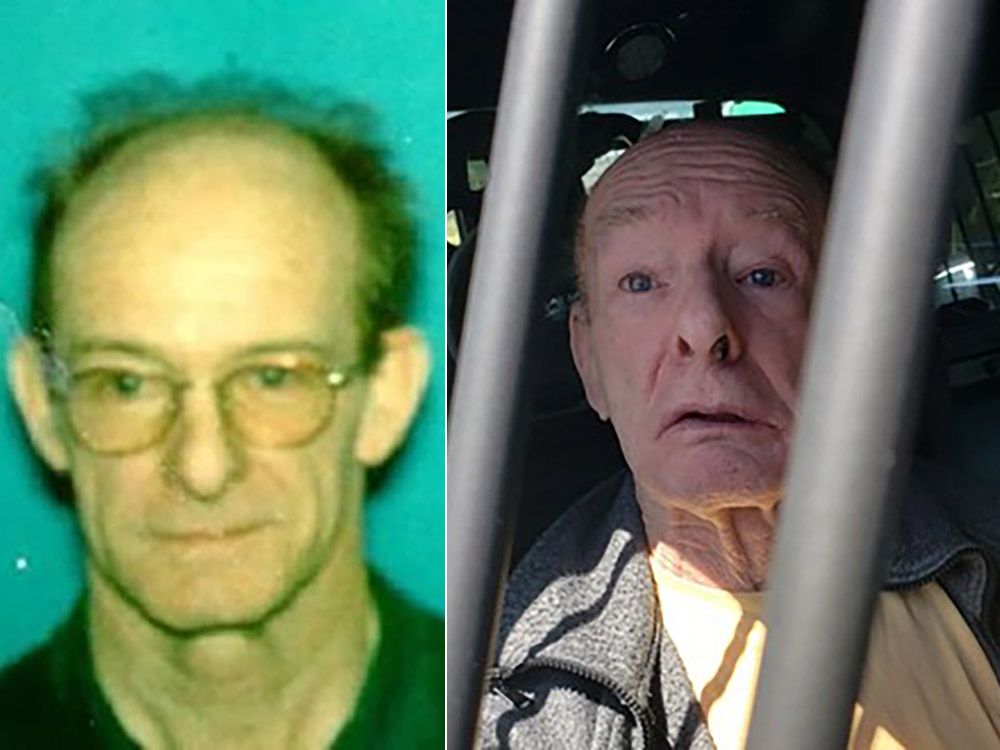 Louis Edward Flood, now 77 years old, is a convicted sex offender who vanished while on parole in Idaho in 2001

A U.S. fugitive featured on the America’s Most Wanted TV series who had been on the lam for two decades has been tracked down by B.C. RCMP and arrested in Creston.

Louis Edward Flood, now 77 years old, is a convicted sex offender who vanished while on parole in Idaho in 2001 after serving three years of an 18-year sentence for lewd conduct with a minor and sexual abuse of a child under 16. He was featured in 2011 on the investigative TV series that tries to help get wanted fugitives back in custody.

RCMP in Creston were tipped in mid-July that Flood was in the area, and that’s when Const. Dave Bickle jumped on the case.

He reached out to the U.S. Marshal Service, Idaho State Corrections and Idaho State Police to get records on Flood. U.S. officials were able to provide a photo from 2000 that was used to confirm his identity.

“I was contacted immediately after my initial request and they provided me Flood’s records from 2001,” said Bickle in a statement. “They outlined how he was not complying with his parole and they provided the warrant for his arrest.

Bickle got a removal warrant from Canada Border Services Agency and Flood was taken into custody at Okanagan Correctional Centre on July 21. He was returned to the U.S. on Monday.

Flood is now expected to serve the remaining 13 years of his sentence in a U.S. prison.

“I never thought I would be involved with such an interesting arrest and to have the opportunity to work with so many different agencies,” said Bickle. “This is a highlight for my career.”