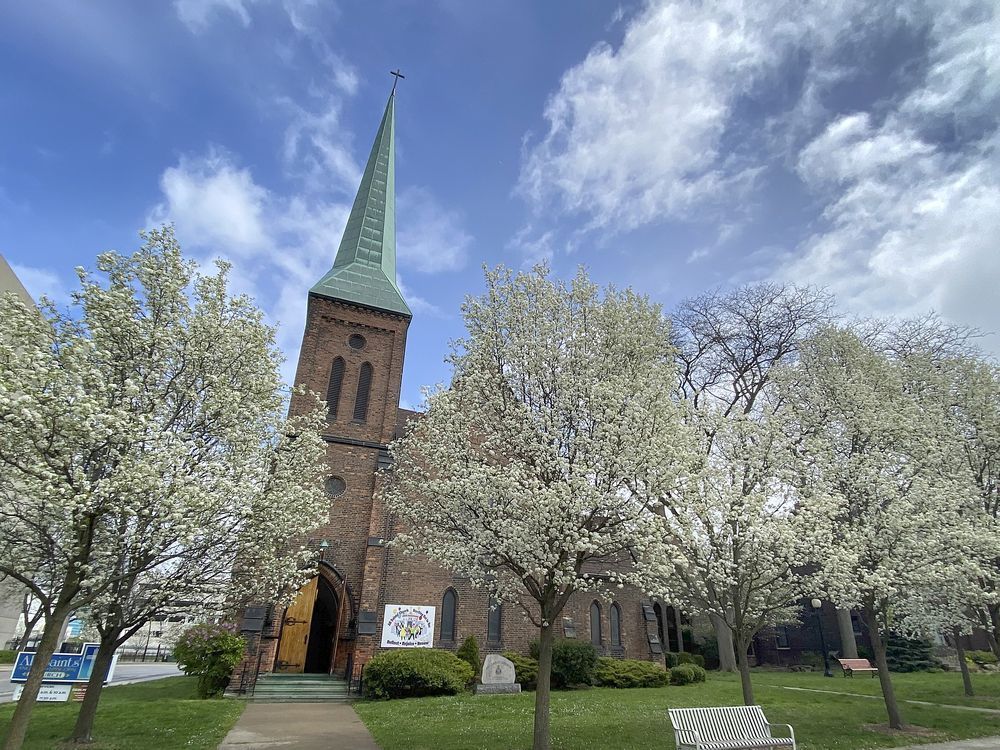 The late Queen Elizabeth II was remembered Monday evening during a public memorial service at All Saints’ Anglican Church, where she spent time during two trips to Windsor.

Queen Elizabeth, who died Sept. 8 and after 10 days of public mourning was interred Monday at Windsor Castle in England, visited All Saints’ in 1959 and 1984.

“In our archives we have reference to it because of the historic Girl Guide Chapel that is our side chapel in the church,” said Rev. Robert Clifford earlier Monday as he prepared for the later service.

“Girl guides had Her Majesty’s patronage and sponsorship most of her life.”

But although she visited All Saint’s Church, the queen didn’t attend services there.

“When she worshiped on Sundays of those visits it was … at St. Mary’s Church in Walkerville,” he said.

As head of the worldwide Anglican communion of churches, the monarch was a part of every service, Clifford said.

“She is in our prayers and so consequently on our minds quite frequently,” he said. “And now we’ve made the adjustment to pray for King Charles of course.”

The public service Monday was co-hosted by the City of Windsor.

Mayor Drew Dilkens and other civic leaders attended as well as members of the public.

“Because it is the custom of All Saints to mark these occasions — it has been for all of our 170 years — we will do that again this evening with the civic leaders,” Clifford said before the service.

Tradition continued with a ceremony that included a procession into the church led by the Essex and Kent Scottish Regiment.

To accommodate expected crowds, audio and video from inside the church was broadcast outside at City Hall Square.

Queen Elizabeth, who was 96, died at her Scottish estate Balmoral Castle after a reign that lasted 70 years and 214 days, making her the longest reigning queen in British history.

A state funeral was held Monday in London, England.