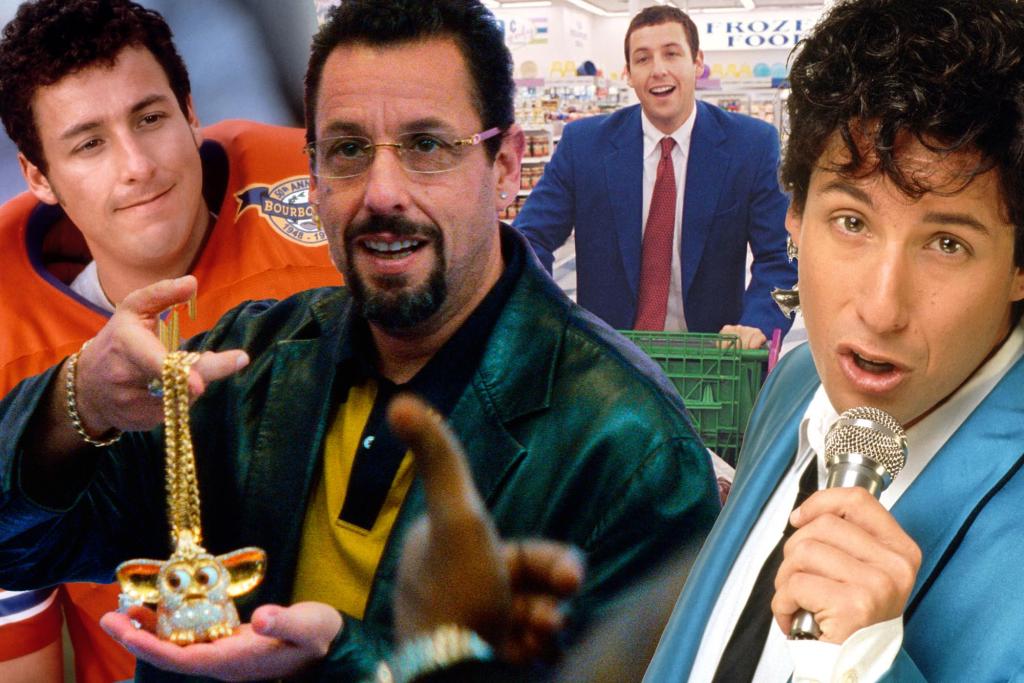 Adam Sandler insists the shiner he debuted on “Good Morning America” Monday wasn’t the result of a fist fight. But I still gotta wonder: Did A.O. Scott finally slug the poor guy in the face?

After all, for years the funnyman has been movie critics’ favorite punching bag.

It’s harder to spot plump red fruits on his RottenTomatoes page than at an outdoor farmers market in January. Even the actor’s early career titles that regular audiences loved — “Billy Madison,” “Big Daddy” and “The Waterboy” — were called “moronic,” “disposable” and “witless” by my black turtleneck-wearing colleagues.

Now, as his new film “Hustle” — a feel-good, traditional sports comedy in which Sandler plays a talent scout — drops Wednesday on Netflix, some 32 years after he came to prominence on “Saturday Night Live,” a question nags: Why do the cultural elite hate Adam Sandler so much?

Perhaps, as “The Waterboy”’s Bobby Boucher once said, “You people drinkin’ the wrong water.”

More so than just about any other comic talent — including Jim Carrey, to whom he has long been disparagingly compared — Sandler actually embodies a buzzword that critics prize: danger.

Remember the scene from the fantastic 1998 comedy “The Wedding Singer,” which has held up incredibly well, in which the title character Robbie croons a song he wrote for his cruel fiancée who left him at the altar?

Sandler starts in a soft falsetto: “You don’t know how much I need you. When you’re near me I don’t feel blue.” And with nary a pause, he screams: “BUT IT ALL WAS BULLS–T! IT WAS A G-DDAMN JOKE!”

Do the lyrics sparkle with Cole Porter’s wit? No. But the belly laughs are big because his personality as uncontrollable as Flubber. How refreshing it is to have the loud, schlubby guy next door on-screen instead of an endless supply of soft-spoken savvy urbanites?

Honestly, I’d rather watch “50 First Dates” right now than half of this year’s Best Picture nominees.

One of Sandler’s problems, I suspect, was that he became famous too late for his extreme, lewd style. “Animal House” in 1978 and 1983’s “National Lampoon’s Vacation” weren’t bristling with intelligence and subtlety either, but tend to be spoken of more highly by film buffs than, say, “Happy Gilmore.” Back then, we still valued comedy alongside seriousness. Now, we shun it.

Sandler rose in esteem when he starred in Paul Thomas Anderson’s dark rom-com “Punch Drunk Love” in 2002, and even more so with his seismic and hysterical performance as a shady New York Diamond District seller in “Uncut Gems.”

However, even the role of a lifetime couldn’t snag him a Best Actor Oscar nomination. Leonardo DiCaprio snuck in that year for using a silly Southern accent in “Once Upon A Time In Hollywood,” and Joaquin Phoenix won for using a kooky voice in “Joker.” But God forbid Sandler be recognized — he always sounds so funny!

A word often slung at Sandler is “obnoxious.” Well, I think it’s obnoxious that Tom Cruise is getting early Oscar buzz for “Top Gun: Maverick” — a fun movie, sure, but not a film that anyone is walking out of raving about the acting. Just like your parents, Tinseltown plays favorites.

Will Sandler ever get his golden moment of affirmation onstage at the Dolby Theater on Academy Awards night? Or a critical rethink? In narrow-minded Hollywood, probably not. Just more metaphorical black eyes.