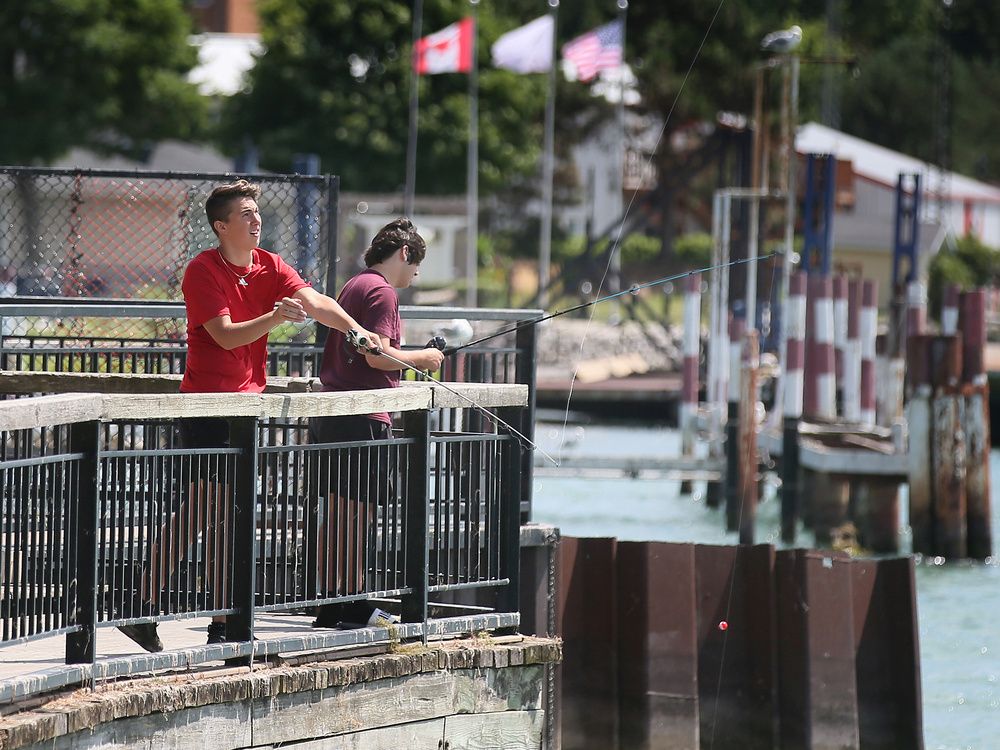 Amherstburg town council this week rejected as too costly a proposal that would have resulted in the dilapidated fencing removed at the Duffy’s waterfront site, with shoreline armour stone improvements permitting pedestrian access along a southward extension of the King’s Navy Yard Park.

Mayor Aldo DiCarlo, who said he’s fielded many complaints over recent years over the unsightly town-owned property remaining off-limits to the public, expressed surprise at the council majority vote.

Going into the meeting, the mayor said he was “leaning” in support of a $2-million proposal that would have seen Amico, a private developer, given a sole-source contract to expand shoreline improvement work it is already undertaking at the Boblo ferry landing to the immediate south. A majority of councillors, however, said no to that, as well as to a second option presented by administration that would have launched an RFP process seeking competitive bids for the work.

The agenda item, DiCarlo told the Star, “went in a direction I didn’t expect — nothing happened.” Donald McArthur was the only other member of council to support the shoreline project proceeding now through an RFP.

Executing a sole-source agreement with Amico would have required a waiving of the town’s purchasing bylaw, but DiCarlo said it would have meant taking advantage of engineering and permitting work already underway by that company, allowing for quicker completion of the shoreline work and potential savings to local taxpayers.

Amherstburg has grand plans for the Duffy’s property it purchased for $1.7 million in 2016, including a transient marina, breakwater fishing pier, central plaza and amphitheatre. A concept design unveiled in 2018 for the overall project pegged the estimated cost at up to $8 million, but DiCarlo said getting started on the shoreline work now would mean being able to at least reopen that portion of the riverfront to the public sooner.

Deputy Mayor Leo Meloche told the Star there were just too many questions for him to vote in favour of either option.

“Although it was stated there were savings to be had, there was no real conclusive or supporting documentation on what those savings were — is it $50,000? $200,000? At the end of the day, you have to justify to the public why you didn’t follow the policy.”

DiCarlo said he couldn’t say what the potential savings, if any, might be by contracting with Amico, which might still bid for the work with any future tender. Given all the rules, regulations and guidelines from different levels of government that must be followed whenever work is done along the Detroit River shoreline, the mayor said he also couldn’t provide a completion date estimate, even if the Amico option had been approved this week.

McArthur, in supporting the matter going out to tender now, told the Star that “the people of Amherstburg have been very vocal, very clear” about their desire to get rid of the fencing. “I want to restore public access to a piece of waterfront property that they paid for,” he said.

For Meloche, the shoreline work cost, whether going with Amico or issuing an RFP now, would have been too great a hit on the town’s general reserves fund, which is currently under $6 million. He said it’s taken a great effort for Amherstburg to get out of the financial mess it found itself in not too long ago.

“I want to see this completed, but this is a want and the wants can maybe sit and wait,” said Meloche. He said he’s aware of how the property looks. “At the end of the day, it might be ugly, but what we have is paid for.”

DiCarlo and Meloche, who are both retiring from local politics after this fall’s civic elections, said the next council can deal with what happens next at the former site of Duffy’s Tavern and marina.