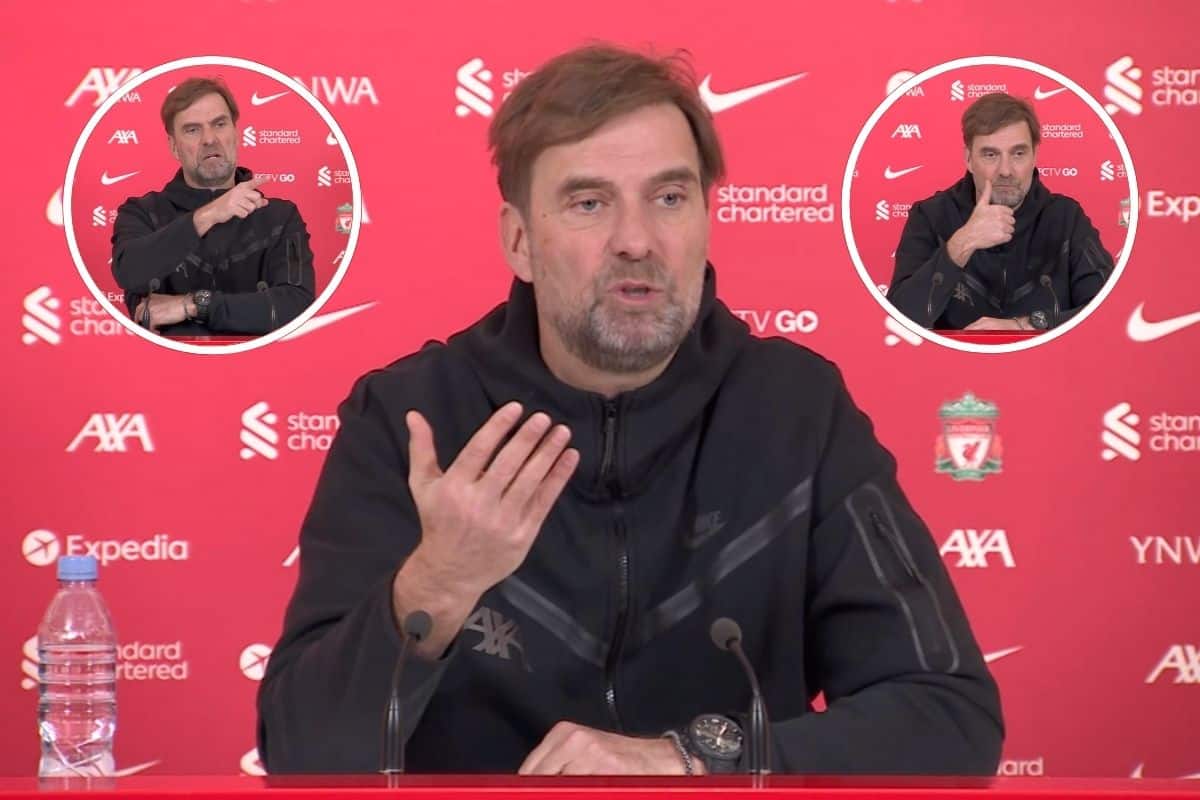 Jurgen Klopp has taken aim at some members of the media who “earns his money talking about football still doesn’t get it” regarding the need for five subs.

Asked about his Wednesday night substitutions at Inter Milan, the boss acknowledged that the reaction they showed was absolutely the right one all in-game changes need to help the team win across the remainder of the season – but also took the opportunity to hit back at a piece of journalism published in the aftermath of the game.

The article in question had suggested, again, that Liverpool’s bench depth on the night and Klopp’s changes that turned the tide of the match were proof of why he has continually called for five substitutes to be allowed in the Premier League: to give more winning options compared to other sides.

Jurgen was having absolutely none of it, though, with another impassioned explanation of his point of view in an almost four-minute-long answer.

Klopp said: “It’s good that you asked because in the newspaper you work for [The Daily Mail], one of the guys said ‘now it’s clear why I want to have five subs, because of the difference we can make in these situations [compared] to other teams’.

“I can’t believe somebody who earns his money talking about football still doesn’t get it!

“Honestly, it says in the situation like that we do it to have an advantage tactically – that has nothing to do with it! Absolutely nothing!

“That’s something every coach will use. We played two weeks ago with Burnley; they could have five changes as well that’s how it is – you can share the intensity of the situation much better.

“Someone else says it again, ‘we want it because we have an advantage’ – that’s absolutely not true. I cannot believe it’s still discussed like this.”

Klopp also pointed to the likes of Serie A and the Bundesliga, which have those greater bench options, as proof that it wouldn’t simply favour the top teams and skew further league results.

Bayern Munich, for example, were beaten 4-2 last week by Bochum and the title race in Italy is incredibly close – three teams at the top separated by just two points.

“It’s in all other countries, it doesn’t make Bayern 20 points ahead of other teams or in Italy all of a sudden better teams are running away, they are not,” explained Klopp. “They are very tight competitions.

“But in this country we hide behind the fact ‘I’m not sure, it helps them but I cannot see it helps us’.

“We would have 20 per cent of the injuries we have now. Five subs is a must for the future because we have to make sure we give the players opportunity to save energy.

“That’s the reason for it, nothing else. It would be really kind if you could stop discussing it on another level because it’s just not true.”

It will be interesting to see if the Premier League does move with the times and implement the five subs rule once it becomes official and permanent as of next season.

And, if that’s the case, just how often Klopp and other top-flight managers opt to use all five in each game.