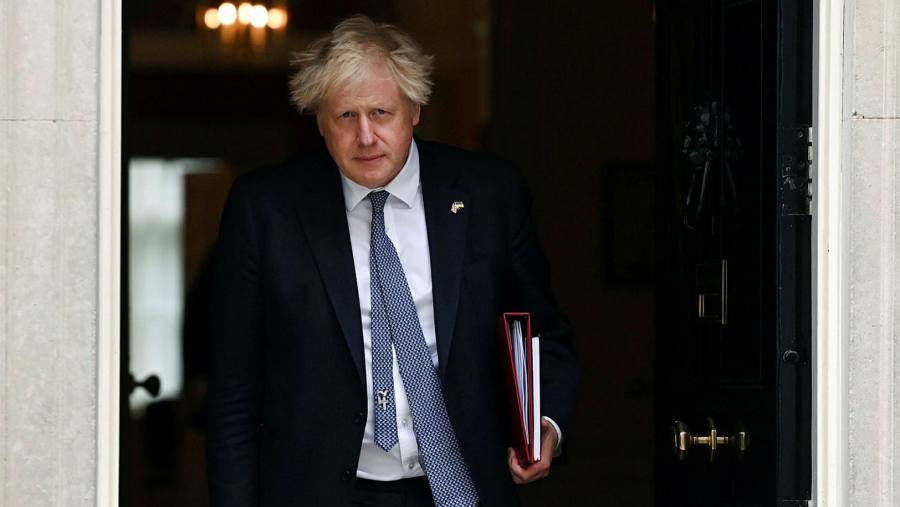 The writer, a former government lawyer, is an FT contributing editor

The political events of this week may test the uncodified (or “unwritten”) constitution of the United Kingdom, and even lead to a rare constitutional crisis.

The current prime minister, Boris Johnson, faces a vote of confidence today among Conservative members of parliament. This vote supposedly has no direct constitutional significance. This is because there is a distinction between the role of party leader of the largest group of members of parliament and that of prime minister. Generally the former will also be the latter, but the connection is not automatic and is capable of being dislocated in certain circumstances.

It is thereby possible for a prime minister not to be the leader of the governing party — or indeed of any party. In 1940, Winston Churchill became prime minister while Neville Chamberlain remained Tory party leader, and in 1995 the then premier John Major resigned as party leader to force a leadership election to take on his internal party critics.

The only person who can dismiss one prime minister and appoint another is the sovereign. The Queen (or King) will invite the person who can command a majority in the House of Commons to form the government, so that the business of government — finance bills and other important legislation — can be properly conducted. When there is an obvious defeat at a general election, the choice is straightforward.

But between general elections, or with a hung parliament where each party is in the minority, the situation is more complicated. And in practice, the monarch will expect members of parliament to sort the situation out themselves, with the prime minister being whoever can put together a majority.

The crown will not, however, intervene unless there is a clear replacement. The memory of what happened in the Australian constitutional crisis of 1975 still endures in Buckingham Palace. Then, a governor-general, acting with the Queen’s authority, proactively dismissed one prime minister and appointed another. Such was the controversial aftermath that any similar political interference would be most unlikely to happen again.

If Johnson wins today’s vote of confidence, even by one vote, there should be no immediate constitutional consequences. He will still be the leader of the party that won a substantial majority at the 2019 general election and, on the face of it, has the confidence of the Commons to carry on Her Majesty’s government. He will be exposed politically, but he will have the protection of the constitution.

But what happens if he loses today’s vote and then refuses to resign is less clear. Johnson did not step down after seeking to breach the very Brexit agreement he signed or receiving a fixed penalty for breaking the pandemic laws his government imposed. He may not voluntarily relinquish office.

If Johnson refused to resign the Queen would almost certainly not oblige him to do so. It would be seen as a party matter, and the presumption would be that he would continue as premier until and unless it was demonstrable that he did not command the support of the House of Commons.

This would require another vote of confidence by the House as a whole. And even if he were to lose that, Johnson could hang on and seek a general election. In 1979 the then Labour premier James Callaghan lost such a vote and went to the country for a fresh mandate.

But there is a plausible scenario in which Johnson loses today’s vote, refuses to resign as prime minister but uses the threat of a general election to evade a loss of confidence vote in the House of Commons. We would then be in a remarkable situation where Johnson knew the Queen would not sack him, his party would have no confidence in him but neither parliament nor the electorate would be able to force his departure.

We would then have a potential constitutional crisis — a serious situation without a predictable resolution. The politics of a defeat for Johnson today probably mean that he resigns the premiership voluntarily, averting this. But the sheer possibility of such a scenario is alarming — that we have a prime minister who would take the very constitution to the line to protect his own position.