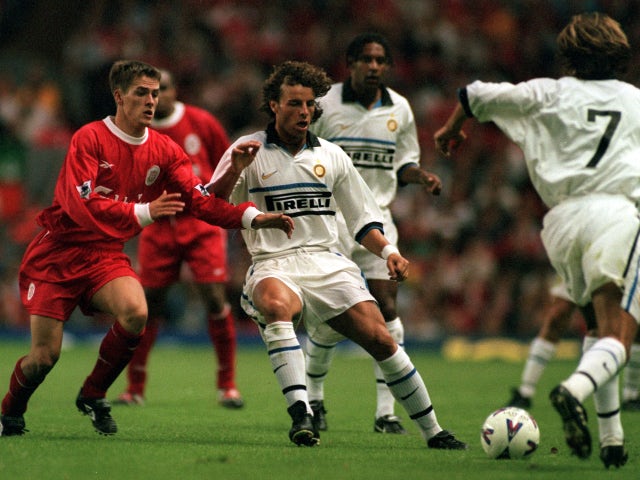 Ahead of their Champions League last-16 battle, Sports Mole takes a closer look at Liverpool’s previous meetings with Inter Milan.

Liverpool will face off against Inter Milan in the last 16 of the 2021-22 Champions League after a re-draw on Monday afternoon.

Jurgen Klopp‘s side were initially gearing up to meet Red Bull Salzburg before a UEFA technical error forced the teams to be paired again a few hours later.

The Reds and Inter are no stranger to one another, but it has been a while since the two continental powerhouses last locked horns.

Liverpool and Inter first did battle back in the 1964-65 European Cup, with the Reds welcoming the Nerazzurri to Anfield for the first leg of their semi-final encounter.

Bill Shankly‘s side would come away with a dominant 3-1 win in the first leg thanks to inspired showings from Roger Hunt and Ian Callaghan, but Inter would turn up the heat at San Siro.

Indeed, the Nerazzurri marched to a romping 3-0 success on home soil to advance to the final and send Liverpool packing, and they would go on to be crowned European champions with a 1-0 win over Benfica in the showpiece event.

Before locking horns competitively again, Liverpool and Inter met in the 1998 edition of the friendly Trofeo Pirelli, with the Reds taking the crown courtesy of a 2-1 win, as Paul Ince and Steve Harkness found the back of the net.

Barely a year on from losing to their city rivals in the final, Liverpool welcomed Inter back to Merseyside for the last 16 of the 2007-08 Champions League and claimed a 2-0 first-leg win thanks to Steven Gerrard and Dirk Kuyt‘s goals.

The Reds were helped by a Marco Materazzi red card in that affair and also saw Nicolas Burdisso given his marching orders at San Siro a few weeks later, allowing Rafa Benitez‘s side to win 1-0 as Fernando Torres scored the game’s only goal.

In total, Liverpool have won three of their four competitive meetings with Inter since 1964 – four out of five with the victory in the Trofeo Pirelli 23 years ago.

The 2007-08 meetings saw Liverpool come up trumps twice against celebrated names such as Zlatan Ibrahimovic, Patrick Vieira, Javier Zanetti and Esteban Cambiasso, so they would do well to channel the spirits of that Benitez team in 2022.