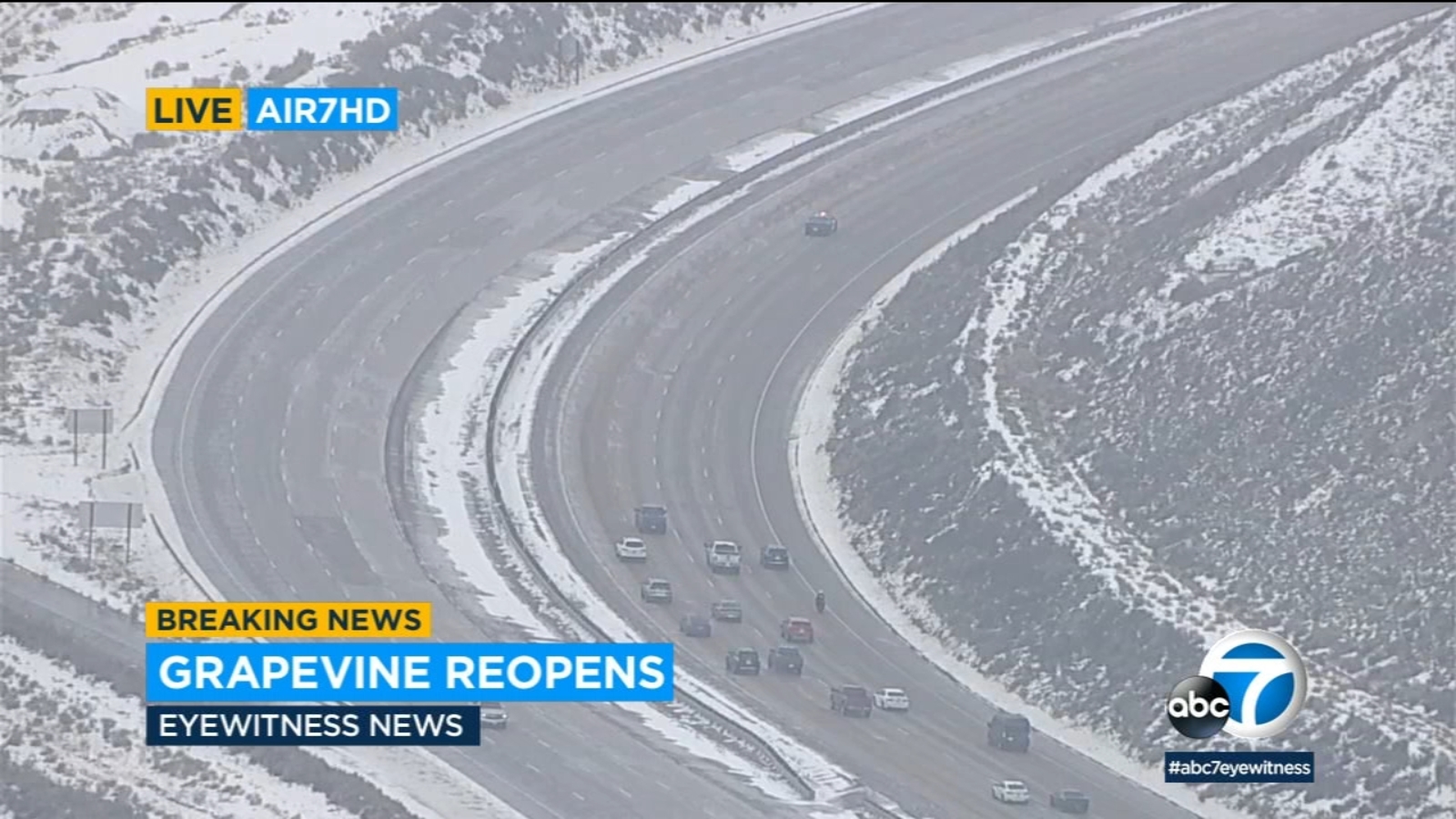 LEBEC, Calif. (KABC) — The 5 Freeway through the Grapevine reopened hours after it was shut down due to snow, and California Highway Patrol officers were escorting drivers that had been stranded through the mountain pass.

Both sides of the pass remained opened overnight, when the bulk of the snow was expected to hit, and it wasn’t shut down until shortly after 6:30 a.m. Wednesday. Both the north and southbound sides were reopened around 11:30 a.m.

AIR7 HD was over the scene as officials were turning around northbound traffic near Lebec.

Although it was reopened, officials noted that drivers should still exercise cautious as the roadway was still slick.

When it was initially closed, CHP officials said there had been several crashes in the area and drivers should expect delays. Authorities had also closed State Route 58 over Tehachapi in both directions due to snow and ice.

“The weather can change up here really quick,” says CHP Officer DC Williams. “This is a unique area, so just be prepared for the unexpected.”

“Make sure you are driving at a safe speed,” he said. “Make sure you follow at a safe distance so if it’s raining and it turns into snow, you can react. Make sure you have a kit with water, blanket, snacks, and patience because if things go bad, traffic can back up real quick.”

KFSN-TV contributed to this report.